The Korea Baseball Organization (KBO) on Tuesday released a list of 44 players who will not receive a new contract from their clubs for next season.

The KT Wiz, who won their first Korean Series title two weeks ago, decided not to bring back outfielder Jared Hoying after a half-season's worth of his services. Hoying batted .239 with 11 home runs and 52 RBIs in 68 games after joining the team for the second-half run. Hoying went 4-for-5 with a home run and three RBIs in the Wiz's Korean Series clincher against the Doosan Bears on Nov. 18, but it wasn't enough to keep him on the Wiz for another go. 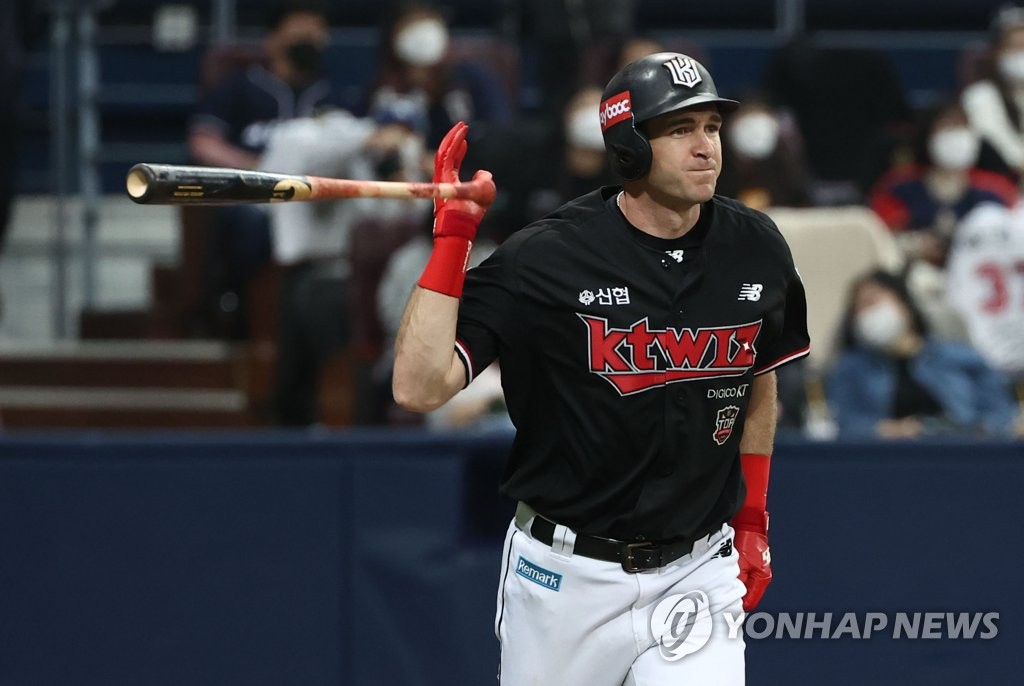 The Bears played the entire postseason without right-hander Walker Lockett, who returned to the United States for season-ending elbow surgery in October. And even if Lockett comes back healthy, he will not be pitching for the Bears in 2021. Lockett went 9-9 with a 2.98 ERA in 21 starts this year.

The LG Twins signed Justin Bour in June, hoping the former major league slugger would add much-needed thump to the middle of their lineup. Instead, Bour batted only. 170 with three homers and 17 RBIs in 32 games and toiled in the minor league during the Twins' stretch run. Not surprisingly, the Twins will not bring him back for 2022.

Another playoff club this year, the Samsung Lions, will not have left-hander Mike Montgomery back next season. The 2016 World Series champion with the Chicago Cubs went 2-5 with a 5.37 ERA in 11 starts. Montgomery was suspended for 20 games by the KBO in September after hurling a rosin bag at an umpire during a game. 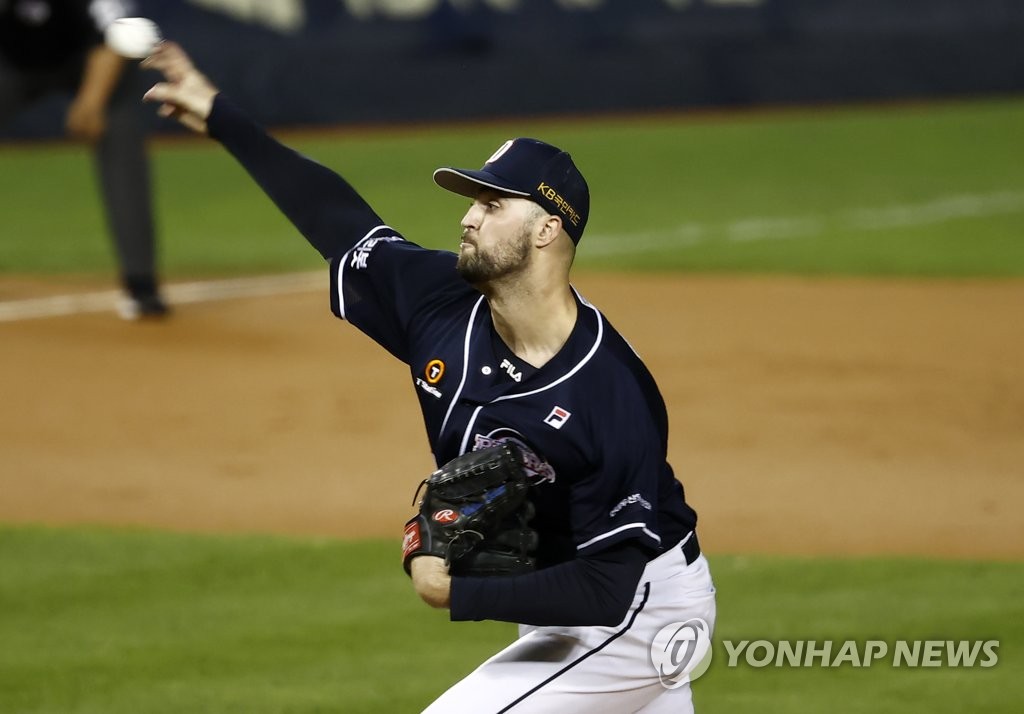 Among non-playoff teams, the Lotte Giants will let go shortstop Dixon Machado after two seasons and pitcher Enderson Franco after one season.

Machado came as advertised as a superb defender at a challenging position, but the Giants have clearly decided to go in another direction and look for more offense from their shortstop. Machado batted .279/.359/.361 this year with five home runs and 58 RBIs. 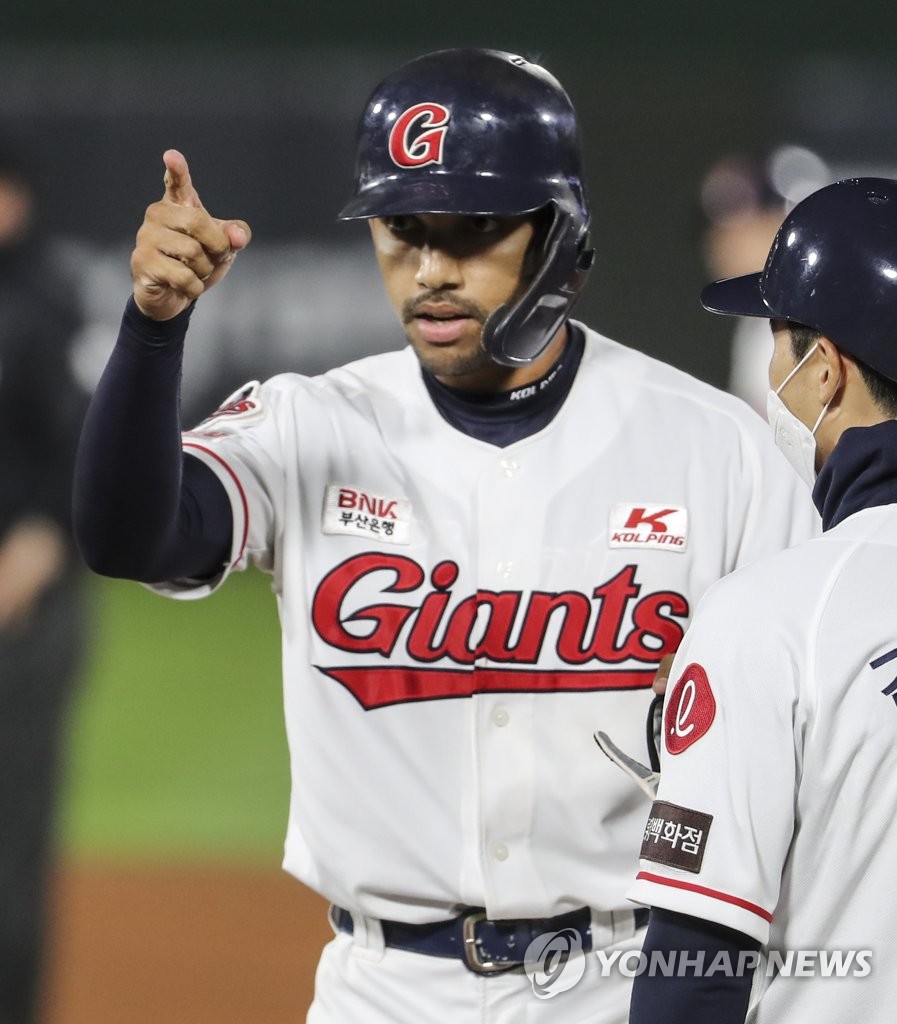 The Kia Tigers have dropped Preston Tucker out of their picture. In a stunning fall from grace, Tucker batted only .237 with nine home runs and 59 RBIs in 127 games this year after putting up 32 homers, 113 RBIs and a .306 batting average in 2020.

The last-place Hanwha Eagles will not bring back Hernan Perez, whom they'd acquired in July. Though he offered some defensive versatility -- Perez appeared at six different positions -- his line of .268/.321/.411 with five homers and 33 RBIs in 59 games left much to be desired.

Foreign players who made the cut this time, including the reigning regular season MVP, Ariel Miranda of the Bears, aren't guaranteed to be back in the KBO next year. It simply means that teams intend to make those players new contract offers. 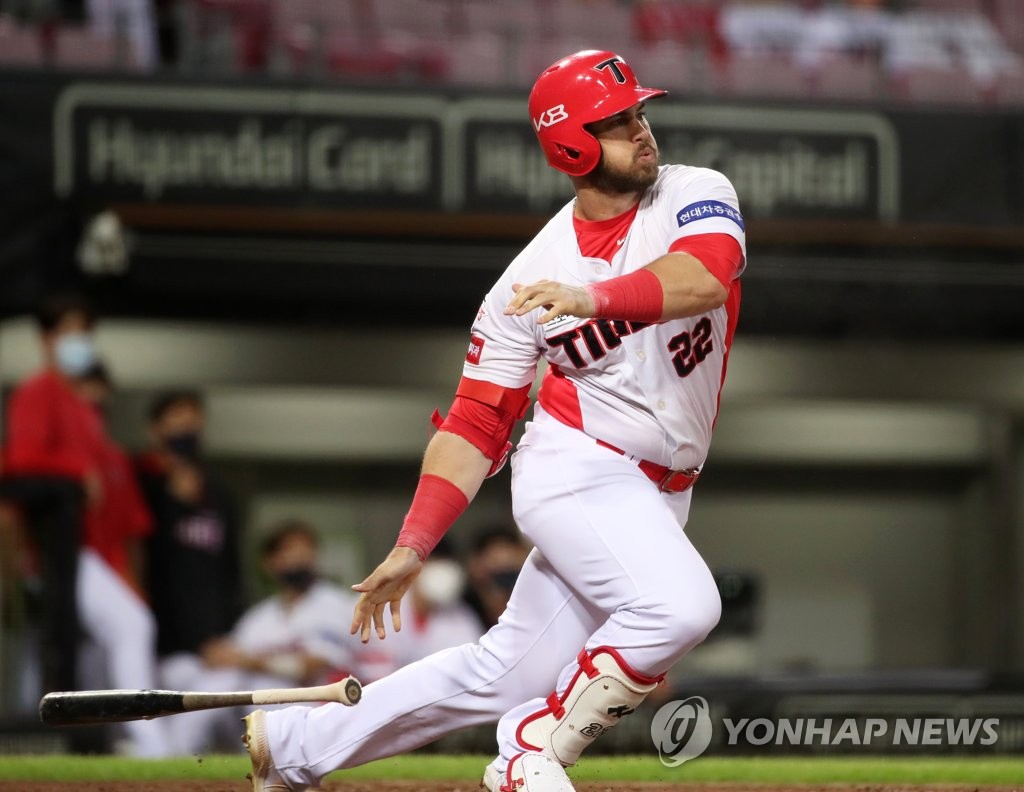