SEOUL, Nov. 30 (Yonhap) -- South Korea lost to New Zealand 2-0 in a women's football friendly match on Tuesday, allowing two late goals over the final 10 minutes after controlling the run of play earlier in the contest.

Substitutes Paige Satchell and Gabi Rennie were the goal scorers for world No. 23 New Zealand at Goyang Stadium in Goyang, just northwest of Seoul, in Gyeonggi Province. 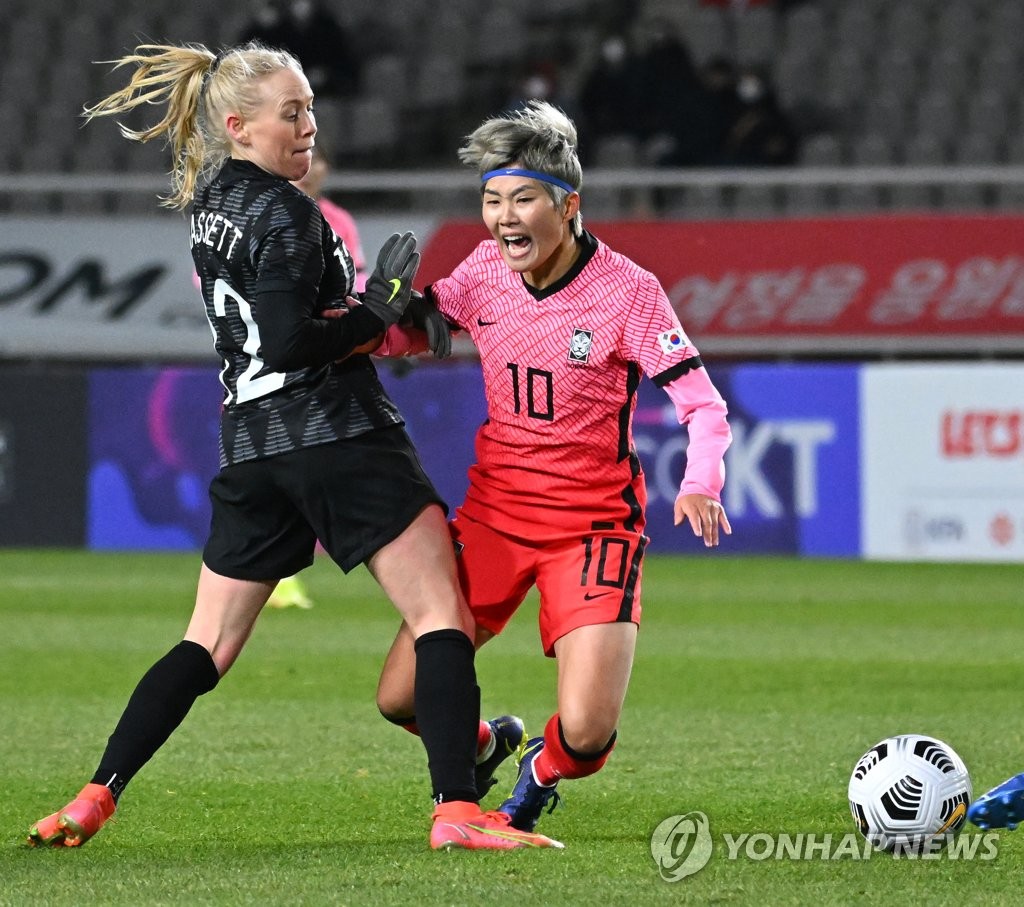 This was the second of two friendly matches between the two countries. South Korea won the first meeting 2-1 on Saturday.

South Korea played these matches to prepare for the Asian Football Confederation (AFC) Women's Asian Cup, scheduled to kick off in India in January.

South Korea have never won the continental tournament, which was first held in 1975. Their best showing to date is a third-place finish in 2003.

Applying effective pressure all over the pitch, South Korea did everything but score in a dominant first half.

In the home team's first dangerous chance, Choo Hyo-joo airmailed her shot over the wide open net in the 11th minute, after getting her initial shot stopped by goalkeeper Victoria Esson. 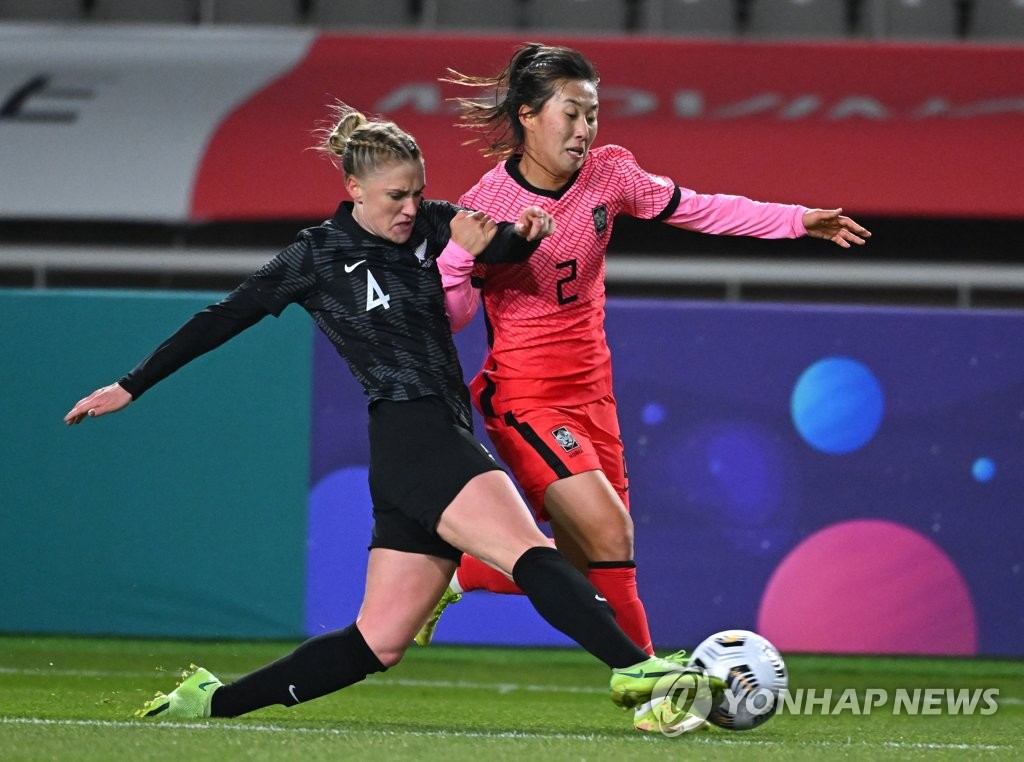 South Korea nearly scored in a flurry of action around the half-hour mark. Ji So-yun struck the crossbar from just outside the box in the 28th minute, and Choe Yu-ri's header off the rebound was turned aside by Esson. The ball bounced around inside the box before Choo got a shot off from close range, and Esson came up with another huge save.

Ji's long-range shot that landed on the top of the net ended the chaotic sequence in the 29th minute.

Only two minutes later, Yeo Min-ji picked Esson's pocket right in the goalmouth and the ball landed on Cho So-hyun, whose shot was kicked away by defender Katie Brown before it could even reach the net.

New Zealand looked more determined on offense in the early moments of the second half, and in the 57th minute, midfielder Betsy Hassett forced a tough save from goalkeeper Kim Jung-mi with a left-footed shot from the center of the box.

Choo had another close call in the 68th minute when she struck the left post with a shot just inside the box.

New Zealand's continued push in the attacking zone paid off in the 83rd minute. Olivia Chance floated a pass to Satchell on a counterattack, and the speedy forward outsprinted defender Hong Hye-ji and volleyed the ball home for a 1-0 lead. 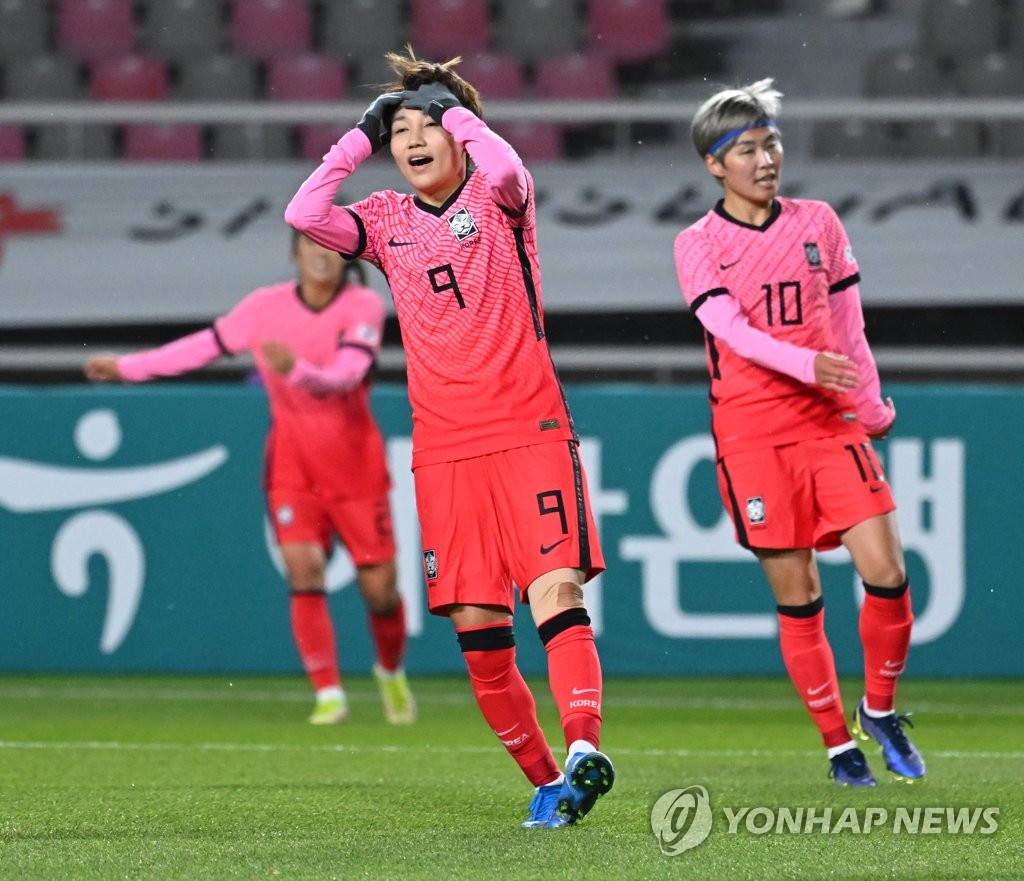 Barely two minutes later, Chance caught the South Korean defense flatfooted and set up Rennie with a cross from the right wing for a 2-0 advantage.

At the Asian Cup, South Korea will face two-time defending champions Japan, along with Vietnam and Myanmar, in Group C.

There will be three groups of four in the tournament. The top two teams from each group, plus the two-best third-place teams, will advance to the quarterfinals.

The top five nations at the Women's Asian Cup will qualify for the 2023 FIFA Women's World Cup, while two more teams will end up in the intercontinental playoffs.