SEOUL, Dec. 1 (Yonhap) -- The leader of the main opposition People Power Party has reemerged in the southeastern port city of Busan after canceling all public activities amid a deepening feud with the party's presidential nominee, Yoon Seok-youl.

"Chairman Lee expressed concern about the election committee's choice of people, so I advised him to try to understand (Yoon), listen to the elders and resolve the issues one by one," Chung said by phone. 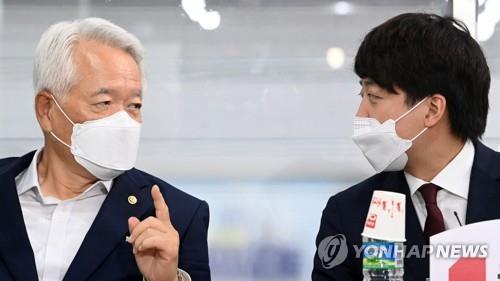 "I comforted him because he was very worried about the party and the country," he continued. "I told him to show Yoon his support as the party leader because (Yoon) doesn't have much political experience."

On Wednesday, Lee visited a local party office to encourage its staff and talk about the issues they are dealing with, an aide said in a notice sent to reporters.

The visit has raised questions because the office serves the constituency of PPP Rep. Chang Je-won, a confidant of Yoon who has had a tense relationship with the chairman. 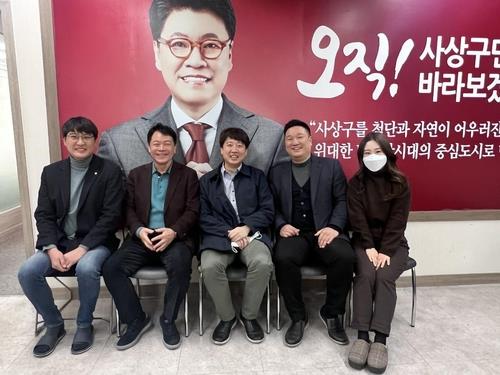 Lee has been out of the public eye since Tuesday morning when he canceled his public schedule indefinitely and switched off his phone.

The highly unusual move deepened speculation Lee could be considering resigning from at least one of his official titles, including co-chair of the PPP election committee and party chairman, after he appeared to have been sidelined in several decisions made by Yoon's campaign.

Among them was the campaign's recruitment of Lee Soo-jung, a professor of criminal psychology at Kyonggi University. The party chairman had publicly opposed her appointment, saying it would "run counter" to the direction in which the party has been going to prepare for the March 9 presidential election.

An aide to the chairman later explained that Lee did not want the professor on board because she is not liked by men in their 20s and 30s, who view her as a leading feminist, and could thus affect their votes.

Lee also expressed displeasure at not having been informed in advance of Yoon's visit to the central Chungcheong region this week.

"In that case, this is where it stops," he wrote in a terse post on Facebook on Monday night.