Joint Chiefs of Staff Chairman Gen. Mark A. Milley made the remarks as he and his South Korean counterpart, Won In-choul, attended the 46th Military Committee Meeting (MCM) in Seoul on the eve of the allies' defense ministerial talks, called the Security Consultative Meeting (SCM).

"Gen. Milley emphasized the United States' commitment to the Republic of Korea and its continued commitment to providing extended deterrence," the two sides said in a joint press release, referring to South Korea by its official name.

Doubts have recently lingered over the U.S.' extended deterrence, amid reports that the Joe Biden administration is considering ways to reduce the use of the U.S. nuclear weapons, possibly through a "no first use" declaration.

At the MCM session, both Won and Milley acknowledged "progress" in the allies' discussions on the envisioned wartime operational control (OPCON) transfer, raising hopes for a related outcome at the SCM on Thursday.

Seoul and Washington have been consulting over when and how to conduct the full operational capability (FOC) assessment, the second part of a three-phase program designed to verify whether South Korea is ready to retake wartime OPCON.

The two military leaders also received updates on the security situations on the Korean Peninsula and in the region, suggesting they might have exchanged views on North Korea's military activities, including a new submarine-launched ballistic missile launch in October.

Wednesday's MCM gathering is the first face-to-face session since 2019.

"The two leaders underscored the importance of conducting the United States-Republic of Korea Military Committee meeting in-person to demonstrate the strength, credibility and flexibility of the military alliance," the joint release read. 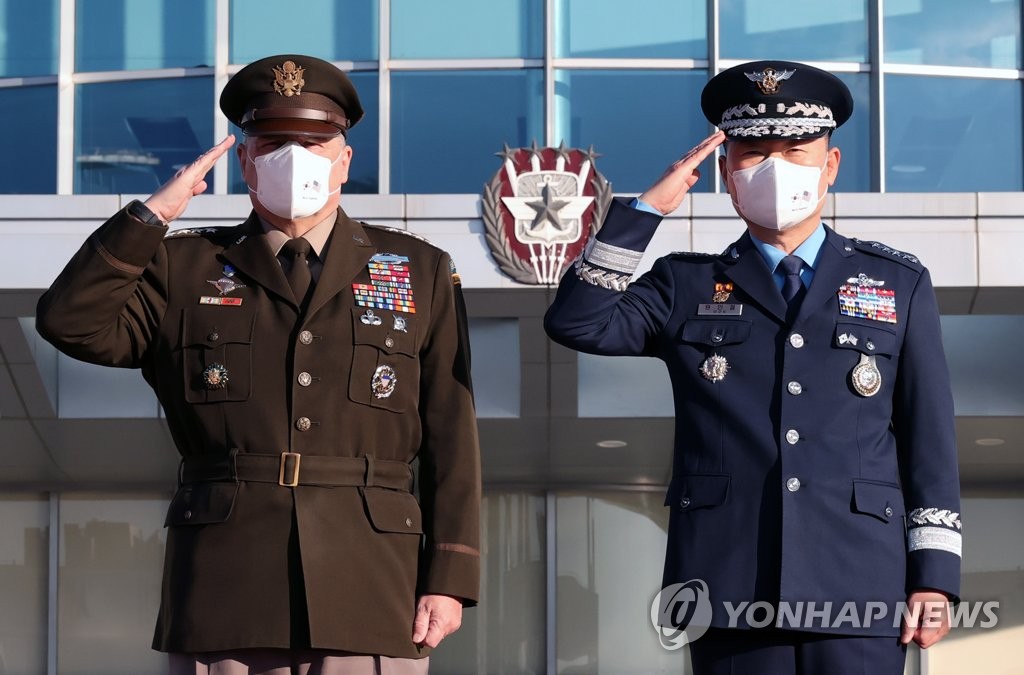