"A Year-End Medley," directed by Kwak Jae-yong, features different aspects of love through seven separate love stories of people who are interlinked via Hotel Emros around the Christmas and New Year's holidays. 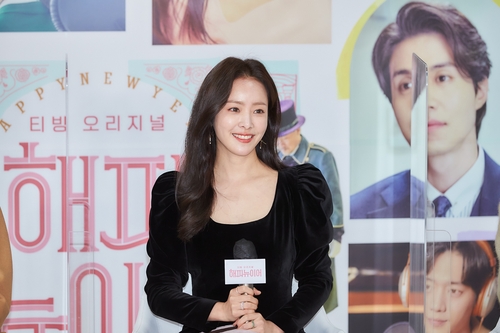 "Love is around us, but we sometimes go too far away to look for it," director Kwak, who has many romance hits, including "My Sassy Girl" (2001) and "The Classic" (2003), under his belt, said Wednesday in a press conference held online.

To be presented and distributed by CJ ENM and its streaming platform Tving, the forthcoming romance movie displays a variety of love stories, shown by seven different romantic relationships, he said. "I think people will be satisfied and warmed after watching the movie."

Han plays So-jin, a manager of the hotel who is confident in her job but isn't in her personal life. She has been in love with her male friend Seung-hyo (Kim Young-kwang) for 15 years but is afraid of losing the longtime friend after telling him how she feels.

It is Han's second Christmas season release following the romance film "Josee" (2020), a Korean adaptation of the 1985 Japanese short story "Josee, the Tiger and the Fish" and the 2003 Japanese romance film of the same title.

The prolific actress said it had not taken long for her to decide to star in the film composed of multiple principal performers, instead of a show with a sole protagonist.

"Its screenplay was good and I liked my character. And I chose this film largely because of director Kwak," she said. "I'm a big fan of his films and he is still genuinely enthusiastic about romantic storytelling." 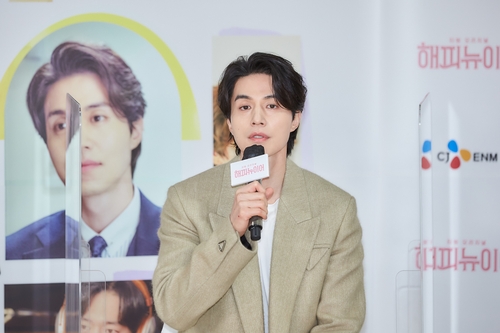 For Lee Dong-wook, "A Year-End Medley" is his first ensemble-cast romance movie after "The Beauty Inside" (2015). He takes a role of Yong-jin, CEO of Hotel Emros, who falls in love with a hotel room maid, played by Won Jin-a.

"I'm pleased to be part of this project with so many good actors," said Lee, who rose to international stardom after his role in the smash-hit fantasy TV series "Guardian: The Lonely and Great God" (2016). "It's interesting to see other actors perform."

Among other romantic relationships, Jae-yong (Kang Ha-neul), a young man struggling to get a job, comes across Soo-yeon (Lim Yoon-a), a hotel employee who works at the customer satisfaction team, after he accidentally visits the hotel. The two get closer while talking on the phone.

A bromance is also featured between Seo Kang-jun and Lee Kwang-soo, playing a star singer and his manager, respectively. The two face a separation, as their management contract is set to expire.

"A Year-End Medley" will be released simultaneously in theaters and via Tving later this month. It will be Tving's second project that has taken the hybrid theater-and-digital release after sci-fi blockbuster "Seobok," which was out in April. 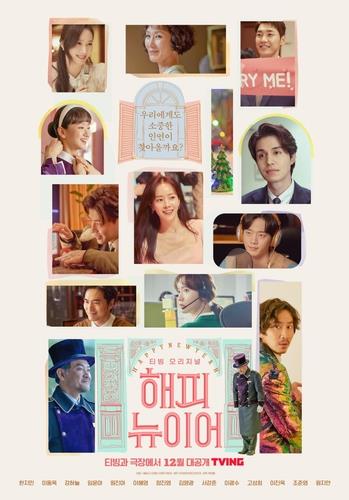