SEOUL, Dec. 1 (Yonhap) -- Negotiations between the ruling Democratic Party (DP) and the main opposition People Power Party (PPP) over next year's government budget fell through late Wednesday after the parties failed to reach an agreement over the military's envisioned light aircraft carrier project.

The last-minute snag in parliamentary negotiations, a day ahead of the legal deadline of Dec. 2, came after the two parties had reached a tentative agreement to pass next year's government budget at 607 trillion won (US$515 billion) earlier in the day.

"The main opposition insists that the light aircraft carrier project should not be initiated under the current administration," Rep. Han Byung-do, deputy DP floor leader, said.

Last month, the National Assembly's defense committee reduced the defense ministry's light aircraft carrier budget proposal of 7.2 billion won to 500 million won, citing the need for a review on whether the project to acquire the carrier by 2033 is "appropriate."

The steep cut came as a debate on the feasibility and necessity of what could be a costly, time-consuming project persisted, with opponents cautioning against hastily pushing for it without public consensus.

Whether parliament can pass a budget bill on Thursday as planned remains uncertain as of now due to the setback in talks. The two sides plan to continue negotiations Thursday. 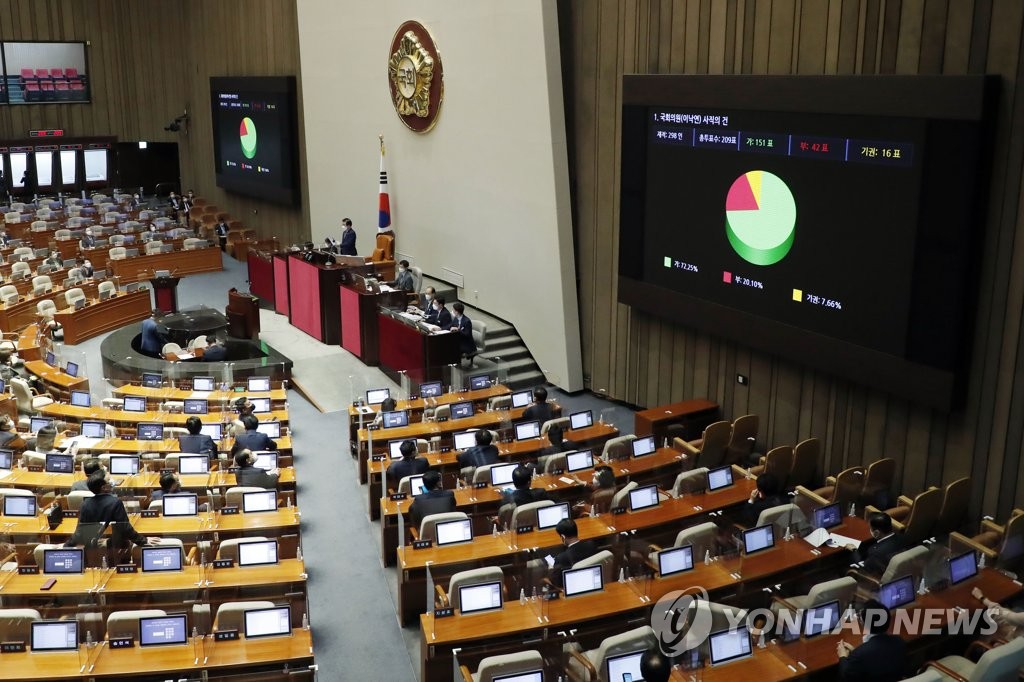