The North made the decision during a politburo meeting of the ruling Workers' Party held the previous day, presided over by leader Kim Jong-un, where he called 2021 a year of "victory," according to the Korean Central News Agency (KCNA).

"The 4th Plenary Meeting of the 8th Central Committee of the Workers' Party of Korea is to be convened in the last third of December to review the implementation of major Party and the state policies for 2021 and to discuss and decide on work plans for new year," the KCNA said.

North Korea could use the upcoming session as a venue to unveil key policy directions for 2022 and highlight Kim's accomplishments as the North is set to mark the 10th anniversary of his rise to power later this month.

In December 2019, Kim delivered a speech at a four-day plenary session of the party and skipped his annual New Year's Day address for the first time since taking office.

"We will closely monitor the plenary session, as the North's stance on South Korea and the United States could also be discussed," an official at Seoul's unification ministry told reporters on background.

This month's plenary session will mark the 11th held under Kim and the fourth this year alone.

"The North has been frequently holding politburo meetings and plenary sessions to decide key policy issues after Kim rose to power in an indication the party has become a core decision-making platform," the official added.

During Wednesday's meeting, Kim said North Korea should "wage a very giant struggle," as it did this year, and ordered to lay a strong foundation for the country's five-year economic plan.

"General Secretary Kim Jong-un referred to the fact that the major policy targets decided at the 8th Party Congress have been pushed forward forcefully and militantly all the year round ... though difficulties still lie in developing the country's economy," the KCNA said. "He noted that the appraisal of this year by the Party Central Committee is that it is the one of victory in general."

At the party congress in January, Kim called for achieving economic development under a new five-year plan after admitting to a failure in his previous development plan amid crippling sanctions and a protracted border closure due to COVID-19.

The last plenary session of the ruling party was held in June during which participants discussed food shortages, anti-pandemic efforts and other economic issues. 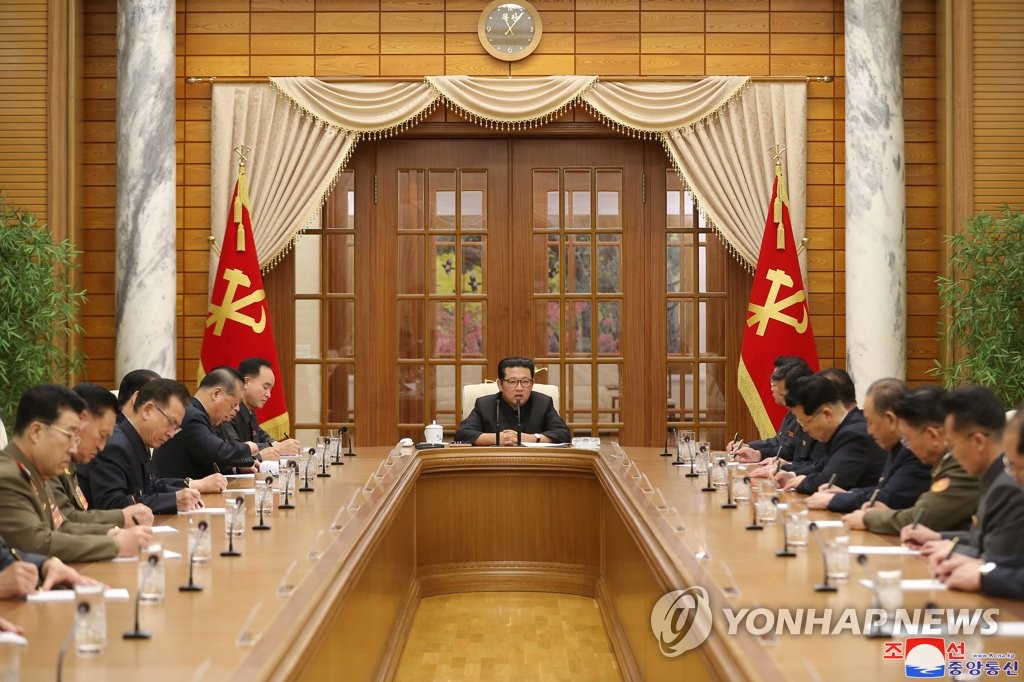