The country's gross domestic product adjusted for inflation grew 0.3 percent in the July-September period, compared with three months earlier, according to the preliminary data by the Bank of Korea (BOK).

This is the same as the earlier estimate the central bank announced in late October. Annualized economic growth in the third quarter stood at 4 percent, also unchanged from what was previously estimated.

The on-quarter growth slowed from the 0.8 percent tallied in the second quarter.

The deceleration raised concerns that the country might not be able to achieve its annual growth target of 4 percent for this year amid the prolonged fight against the coronavirus pandemic and global supply chain disruptions.

Last week, the BOK kept its 2021 growth outlook at 4 percent, unchanged from its August projection, while raising its key interest rate by a quarter parentage point to tame inflation and household debt.

Consumption and investment remained weak, weighing on the pandemic-hit economy.

Private consumption declined 0.2 percent in the third quarter compared with three months earlier, though the figure was 0.1 percentage point higher than its October estimate.

Investment in construction shrank 3.5 percent, which was 0.5 percentage point lower than previously estimated. Facility investment also declined 2.4 percent due in part to global supply disruptions, down 0.1 percentage point from its October estimate.

The BOK said the South Korean economy can expand 4 percent this year only if the economic growth reaches at least 1.03 percent in the fourth quarter.

The central bank presented an upbeat outlook for private spending in the fourth quarter.

"Consumer sentiment improved in October and November, and the use of credit cards has extended their gains," Shin Seung-cheol, a senior BOK official, told a press briefing.

"There is a possibility that private spending will post robust growth in the fourth quarter," he added.

A recovery of domestic demand comes as the government relaxed virus restrictions on Nov. 1 under the "living with COVID-19" scheme designed to gradually return to normal life.

Shin said economic uncertainty remains high due to the emergence of the new omicron COVID-19 variant.

"Depending on the spread of the omicron variant and the global quarantine response, it could work as an important factor that will affect inflation and economic growth," he said.

This contraction marked the first time since the second quarter last year, when the country's real GNI shrank 2 percent from three months earlier.

GNI is the total value produced within a country, which is comprised of gross domestic product and income earned from other countries, such as dividends and interest profits. 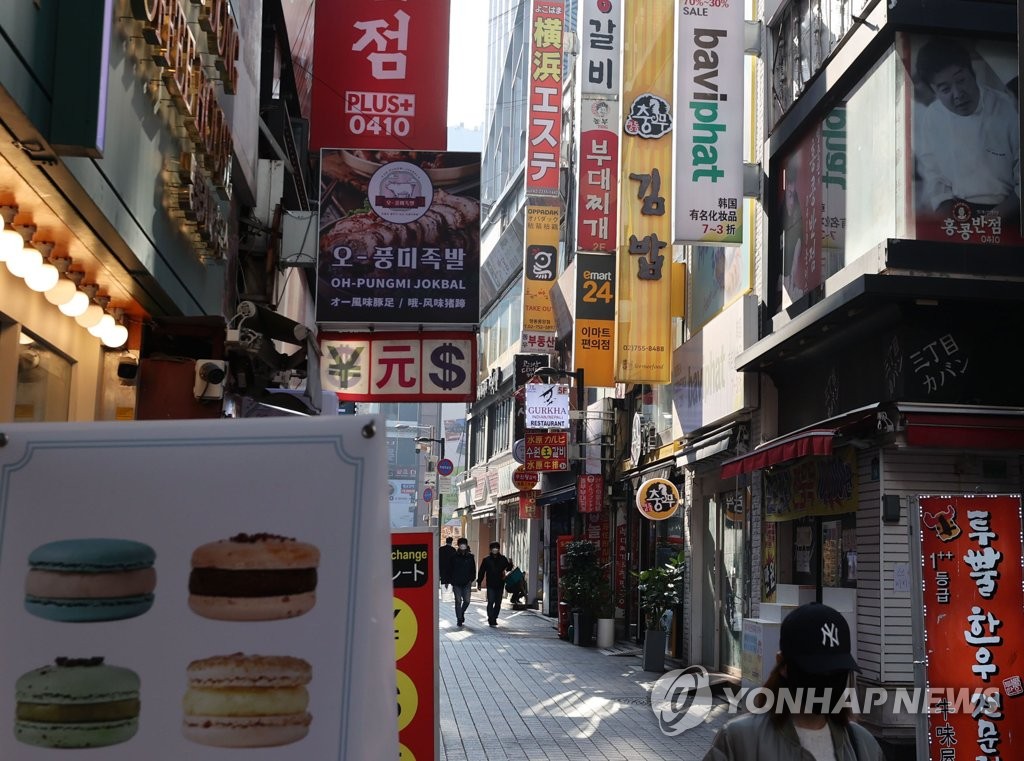