SEOUL, Dec. 2 (Yonhap) -- The ruling Democratic Party (DP) was set to railroad the government's 2022 budget through the National Assembly on Thursday after failing to reach a compromise with the main opposition People Power Party (PPP) on the Navy's light aircraft carrier project.

The floor leaders of the two parties met earlier to finalize negotiations over the 607.9 trillion won (US$517.4 billion) budget proposal, which is an increase of 3.5 trillion won from the government proposal.

"We ultimately weren't able to reach an agreement on all items," DP floor leader Rep. Yun Ho-jung told reporters after the meeting.

"But there was no difference of opinion between the parties on passing next year's budget before today's legal deadline," he said.

The National Assembly has scheduled a plenary session for 8 p.m. to handle the bill. 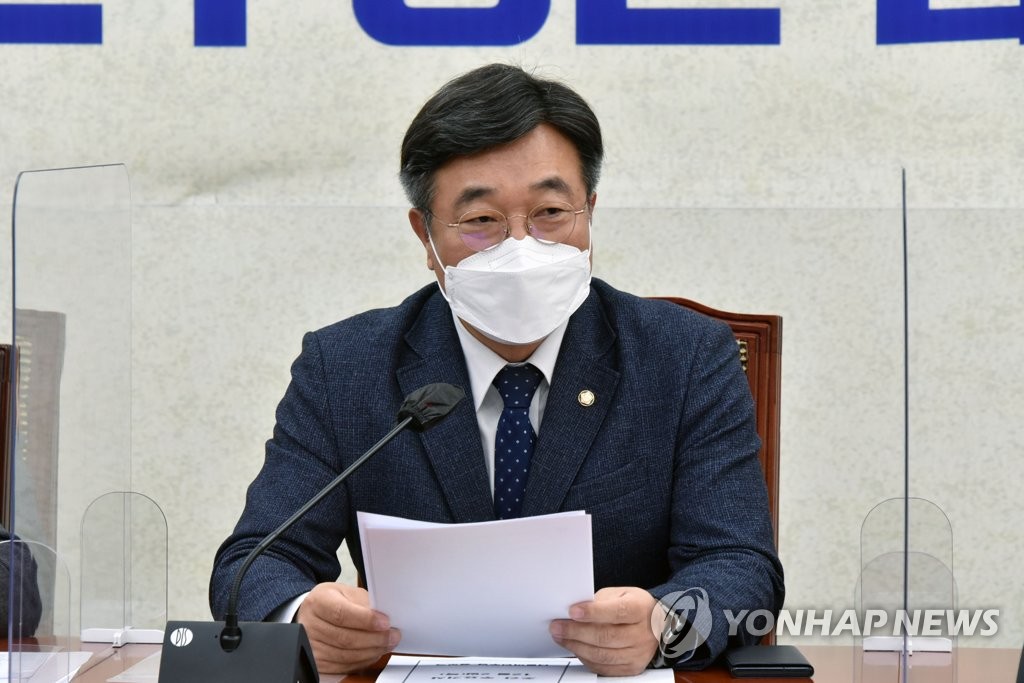 The rival parties reached a tentative agreement Wednesday to adjust the government's budget proposal to increase grants for local governments and compensation for small businesses hit by the COVID-19 pandemic while reducing the issuance of government bonds, among other things.

But the negotiations hit a snag after the PPP rejected DP demands to increase the defense ministry's budget for a light aircraft carrier project.

The parliamentary defense committee previously slashed the budget from 7.2 billion won to 500 million won after the PPP questioned the project's feasibility and necessity.

Next year's budget will include 68 trillion won worth of support measures for small businesses, Yun said earlier at a party policy coordination meeting.

The budget for antivirus health care was also increased by around 1.3 trillion won to more than 7 trillion won. 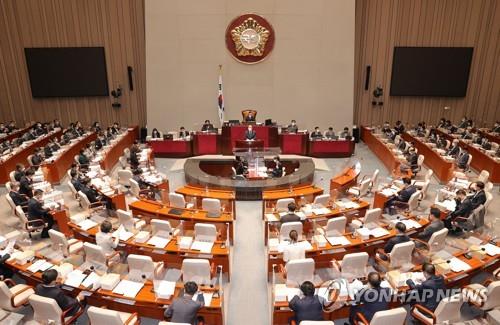