SEOUL, Dec. 2 (Yonhap) -- A growing number of people across Seoul have been choosing to cancel or put off year-end gatherings and opting to work from home amid a surge in new virus patients and the confirmation of the country's first omicron variant cases, according to anecdotes Thursday.

The revelation, paired with the alarming rate of surges in daily new virus cases, has fueled public concerns on the pandemic to new heights. The country reported 5,266 new cases Thursday, marking the second straight day of the tally recorded above 5,000.

"I was planning to meet with high school friends on Dec. 10 but decided to cancel it after virus cases exceeded 5,000 on Wednesday," 61-year-old office worker surnamed Lim said. 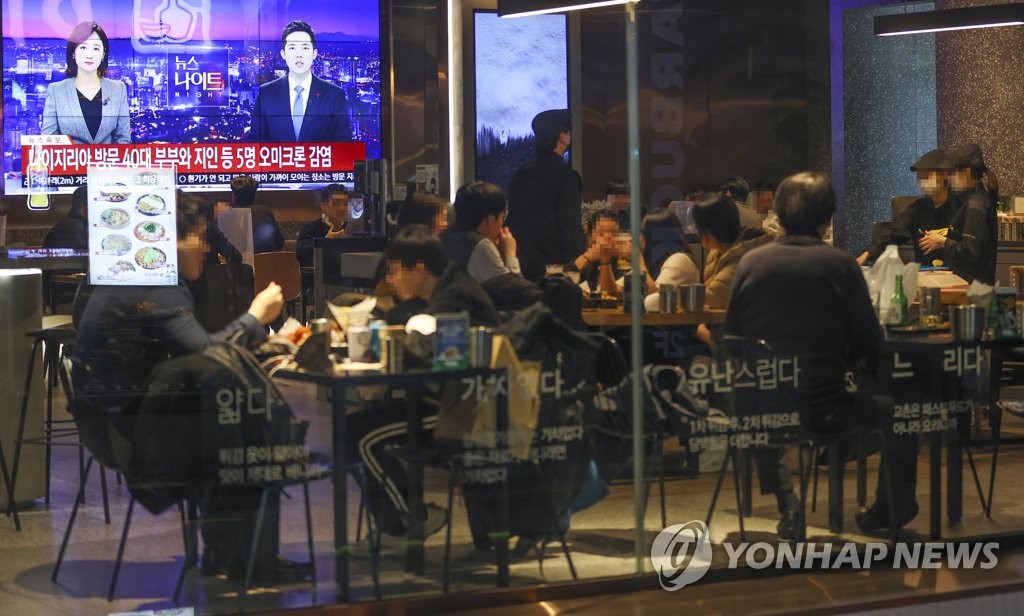 Lim said he had expected this year's public gathering situation to be different than that from last year, as he was fully vaccinated. "It's a pity," he lamented.

"I'm troubled by whether year-end parties and meetings that are already prepared will be canceled," 29-year-old dancer surnamed Han said.

Others shared on social media their decision to work from home following the precarious pandemic-related developments.

"Currently working from home remotely following the surge in confirmed patients," one person wrote on Twitter. Another person said he chose to work at home again just three days after returning to in-person work at his office.

Owners of small restaurants and cafes are especially discouraged by the latest pandemic situation, concerned that potential government measures to control the volatile situation could again weigh down on their businesses.

"We've seen an uptick in sales as of late following the government's 'living with COVID-19 scheme' but are also concerned over the possibility of the government again restricting businesses," a manager at a French restaurant in southern Seoul, surnamed Suh, said.