The 3,600-ton Bayern, which carries around 230 crew members, will stay here until next Monday on its journey through the Indo-Pacific region. Having left Germany in August, it visited the Mediterranean, India, Australia and Japan.

The embassy said it marks the first time in more than 20 years that a German frigate has visited the Indo-Pacific and that it is a "signal" of Germany strengthening its activities in the region.

"South Korea is a key partner that shares same values within the Indo-Pacific region," it said, citing bilateral cooperation in such areas as politics, economy and security policy.

Since mid-last month, the German vessel has participated in surveillance operations in the East China Sea and waters near Japan against North Korea's ship-to-ship transfers that violate U.N. Security Council sanctions. 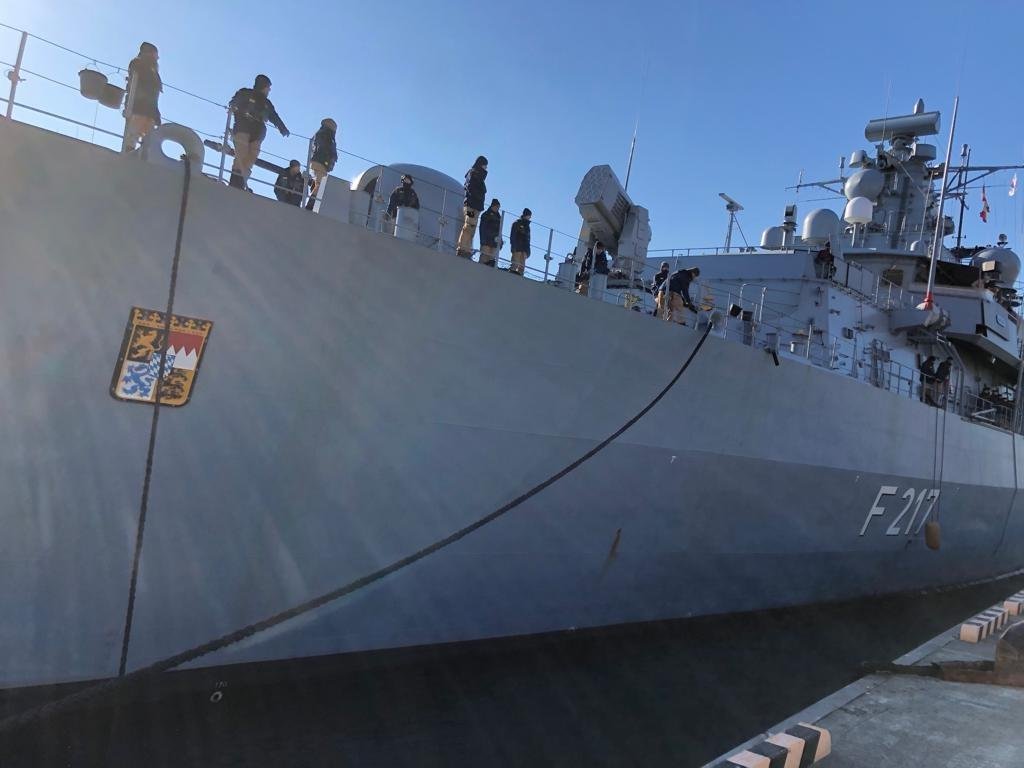