SEOUL, Dec. 3 (Yonhap) -- A co-head of the ruling Democratic Party's election campaign committee resigned Friday, just days after her appointment, following allegations she got divorced after bearing a child through an affair.

Cho Dong-youn, an Army major-turned-assistant professor of military science at Seokyeong University in Seoul, was named a co-standing chairperson for the DP's election committee Tuesday, due mainly to her image as a young working mom with expertise in the defense and space sectors.

But she came immediately under attack following the allegations surrounding her divorce.

On Friday, Cho offered to resign as a co-campaign chief while pleading for attacks against her family and children to stop, DP Chairman Song Young-gil said, adding that Cho's private life must remain separate from her political career.

The DP tried to persuade Cho to stay, but she refused to do so to protect her children, Koh said. 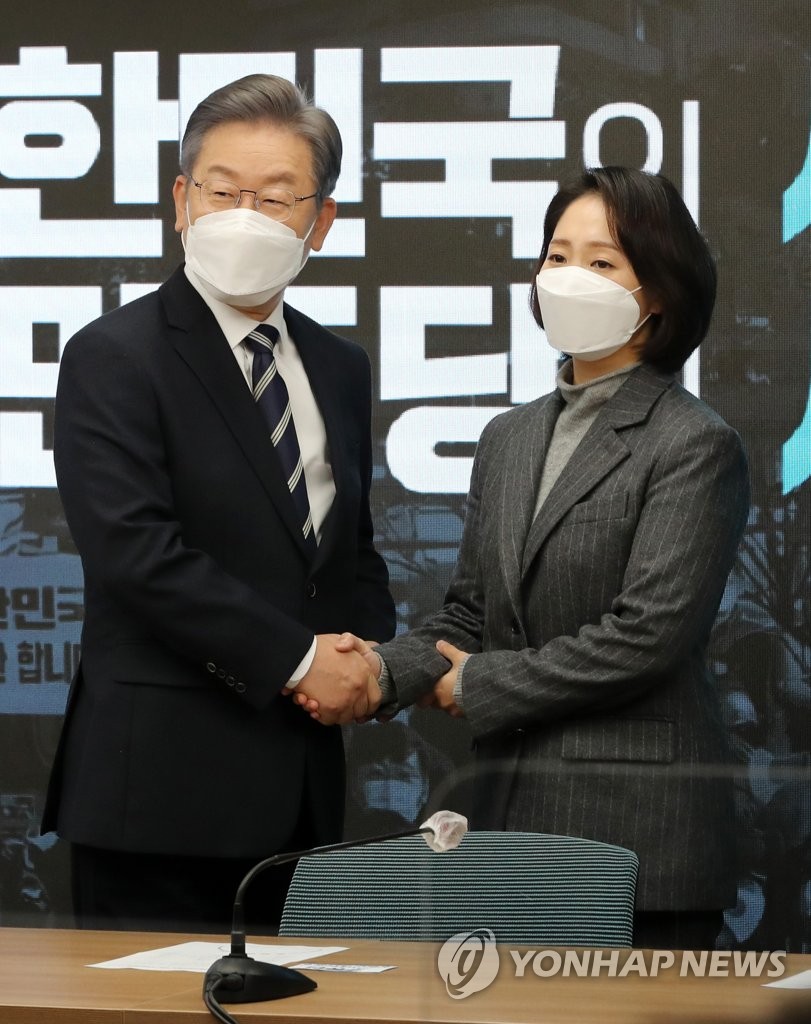