SEOUL, Dec. 3 (Yonhap) -- The militaries of South Korea and the United States will discuss the possibility of conducting an assessment required for the envisioned transfer of wartime operational control (OPCON) earlier than the current plan of next fall, a Seoul official said Friday.

Just hours before the meeting, Austin and his South Korean counterpart, Suh Wook, announced their agreement to conduct the assessment in the fall of 2022, in an indication that the assessment would proceed only after the end of the Moon administration's five-year term in May.

"President Moon and Secretary Austin did discuss the possibility of carrying out the FOC assessment at an earlier date," the official at the defense ministry told reporters on condition of anonymity.

"Accordingly, the military authorities of the South and the U.S. plan to hold consultations on the matter," the official said without specifying exactly when the talks will take place.

The FOC assessment is the second part of a three-phase program to verify if South Korea is ready to lead the allies' combined forces during wartime.

The South and the U.S. conducted the initial operational capability test, the first step of the verification process, in 2019. The process has since slowed due to the COVID-19 pandemic and other issues. 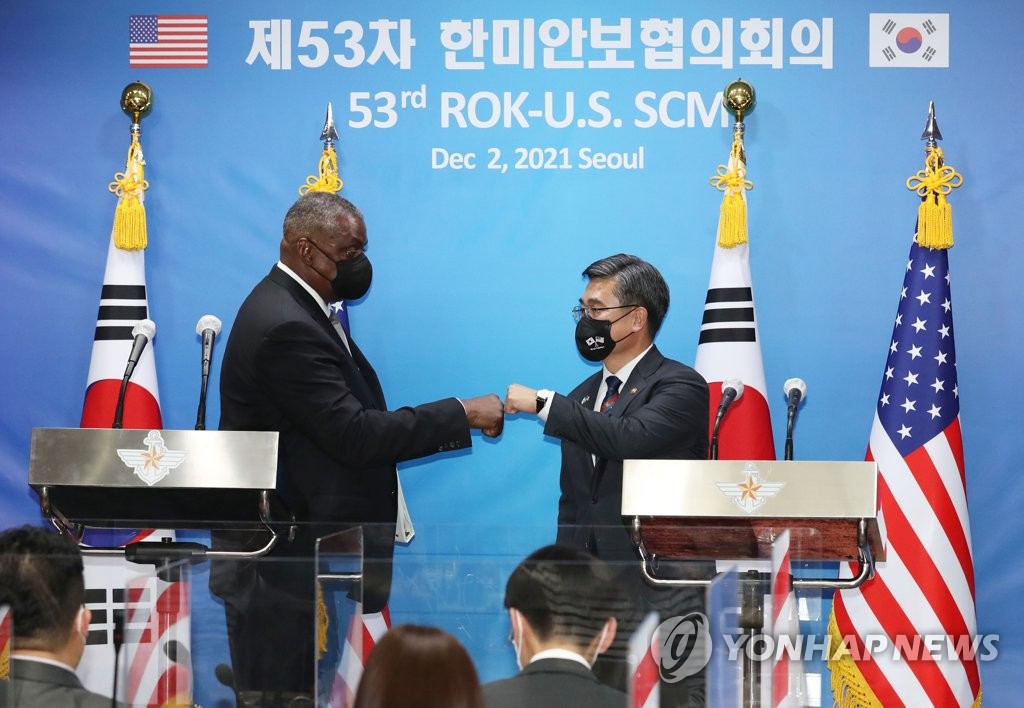