SEOUL, Dec. 3 (Yonhap) -- South Korea on Friday expressed concerns over Japan's assessment report about its planned release of radioactive water into the sea from its crippled Fukushima nuclear power plant.

The stance was delivered at a virtual meeting between South Korea and Japan over a draft report by Tokyo Electric Power Co. (TEPCO) about radioactive impacts of its planned discharge.

Last month, TEPCO, the operator of the tsunami-stricken Fukushima plant, said its planned release of radioactive water into the sea would have a very minimal impact on the marine environment and humans.

In April, Japan announced a plan to start discharging the radioactive water into the sea in 2023 in what is expected to be a decadeslong process, as all storage tanks at the Fukushima plant are expected to be full as early as the fall of 2022.

At the session, the Korean government voiced "regret" that Japan has unveiled the report on the premise that it will release the radioactive water.

"We also expressed concerns over uncertainty about the impact on humans and the environment that the discharge will have," the government said.

South Korea also called on Japan to disclose related information in a transparent manner to its neighboring countries and sincerely engage in consultations on the issue.

According to Japanese media reports, TEPCO plans to build a roughly 1-kilometer-long undersea tunnel to release the tritium-laced water from the wrecked plant into the waters. 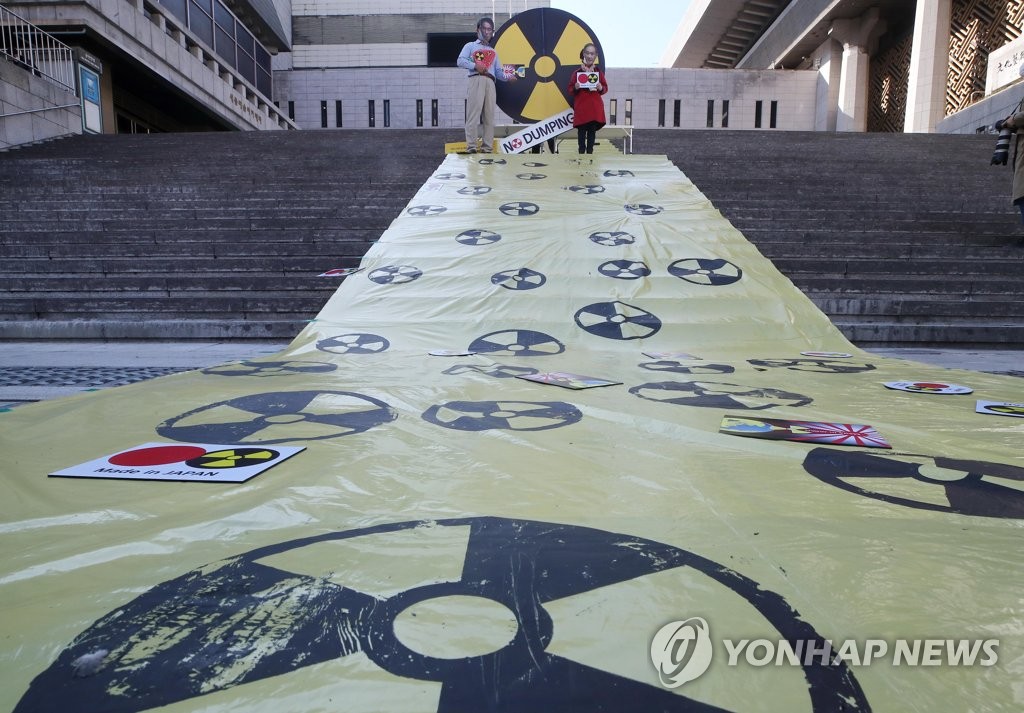