SEOUL/ULSAN, Dec. 3 (Yonhap) -- Yoon Seok-youl, the presidential nominee of the main opposition People Power Party (PPP), and the party chief Lee Jun-seok agreed Friday to address their feud over affairs related to election preparations and work together to win next year's election.

The agreement came days after Lee canceled all official activities Tuesday and began a trip to several regional cities in the wake of his disagreements over several decisions by Yoon's campaign.

The two made a last-minute reconciliation amid concerns that their protracted tension could negatively affect voters' sentiment and the PPP's preparation for the presidential election set for March next year.

"They've decided to be united without any faltering to meet people's aspiration for the PPP to win the election," their spokesmen told reporters.

Yoon and Lee agreed to closely and directly communicate with each other over major issues on election preparations, the spokesmen said.

The agreement came as Yoon and PPP floor leader Kim Gi-hyeon visited Ulsan, 414 kilometers southeast of Seoul, to meet Lee to patch up the conflict.

They plan to hold joint campaigning in the country's largest port city of Busan on Saturday in a show of the "one team" spirit. 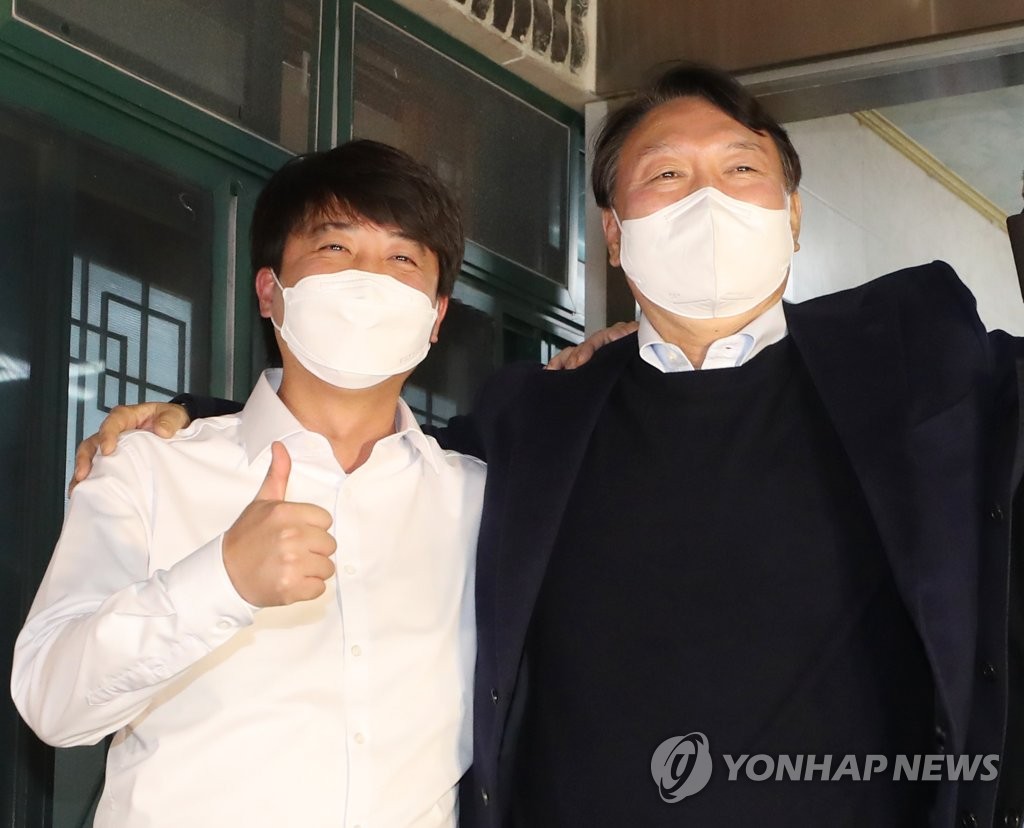 Yoon earlier announced Kim will be in charge of the campaign committee, but Kim suggested he may not join Yoon's campaign following their failure to narrow differences over personnel issues.

"In line with the party constitution and rules, Kim will oversee overall party affairs and lead the election committee until the election day," Yoon said.

The PPP's election committee will be launched Monday as planned, as Yoon and Lee agreed to jointly work for the election and Kim accepted the proposal for the campaign chief.
(END)

(LEAD) Yoon, Lee agree to resolve their feud, work together for election victory

(LEAD) Yoon, Lee agree to resolve their feud, work together for election victory