SEOUL, Dec. 5 (Yonhap) -- K-pop superstar BTS' mega-hit single "Butter" has been selected as the Record of the Year by U.S. magazine Variety, the label behind the group said Sunday.

"The song 'Butter' holds a special place in our heart," BTS said in a video speech. "We shared the song with everyone in hopes of lifting spirits, and the energy and excitement from all those that enjoyed the song across the world, in turn, helped us move forward as well."

It was the second time that BTS clinched the title from the U.S. magazine after winning it for the first time with its first English-language single "Dynamite" in 2019.

Released in May, "Butter" topped the Billboard Hot 100 main singles chart for 10 nonconsecutive weeks and took home trophies from other music awards. 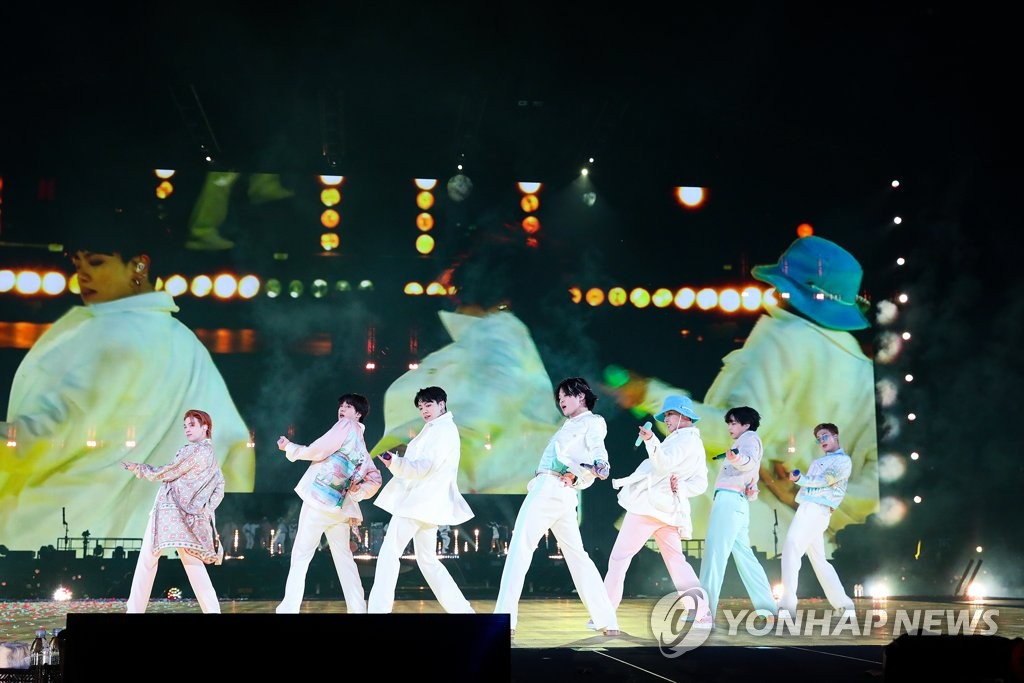 According to another U.S. music magazine, Billboard, the Korean septet raked in US$33.3 million, with 214,000 tickets sold for its four concerts at SoFi Stadium in Los Angeles held between Nov. 27 and Dec. 2.

The revenue from the gigs marked the largest gross for a run of shows at a single venue since 2012, when British rock band Pink Floyd's Roger Waters earned $38 million over nine shows at Estadio River Plate in Buenos Aires, Argentina, according to Billboard.