Jimin, Jin and Jungkook arrived amid a flurry of camera flashes from their fans and journalists at Incheon International Airport at about 5 a.m. and returned home after undergoing a quarantine procedure.

BTS took home the artist of the year, considered the top honor, at this year's American Music Awards, one of the three major music awards in the United States, on Nov. 22 (U.S. time). The group also had its first in-person concerts in two years amid the COVID-19 pandemic in the U.S. city.

The K-pop septet raked in US$33.3 million, with 214,000 tickets sold for the four concerts at SoFi Stadium in Los Angeles held between Nov. 27 and Dec. 2, according to the U.S. music magazine Billboard.

The revenue from the gigs marked the largest gross for a run of shows at a single venue since 2012, when British rock band Pink Floyd's Roger Waters earned $38 million over nine shows at Estadio River Plate in Buenos Aires, Argentina, Billboard added.

Upon their return, the three members entered a 10-day self-quarantine mandated by the government for all international arrivals in order to stem the spread of the omicron variant of the new coronavirus.

Four other members -- RM, Suga, V and J-hope -- are reportedly staying in the U.S. 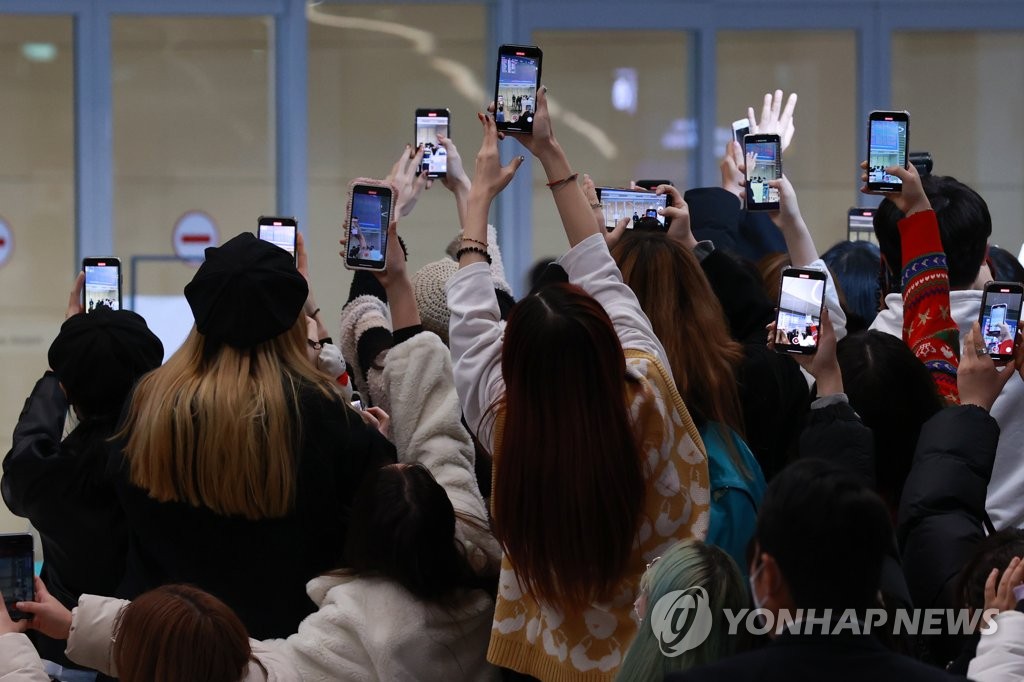