SEOUL, Dec. 6 (Yonhap) -- Teenage students and parents are mounting protests over the looming enforcement of vaccine passports for adolescents, saying the measure amounts to forcing vaccination upon minors and could hinder the learning rights of the unvaccinated.

Amid the COVID-19 resurgence and a pileup of infections among young students, the government announced that the vaccine pass requirements will be extended to students aged 12 to 18, starting in February.

The decision will require them to present a certificate of vaccination against COVID-19 or a negative test result to be allowed into restaurants, cafes and other multi-use facilities frequented by students, including cram schools, internet cafes and public study rooms.

Inoculation rates remain low among teenagers, with 29.8 percent of those aged 12 to 17 fully vaccinated as of Saturday, compared with the country's overall rate of slightly over 80 percent. 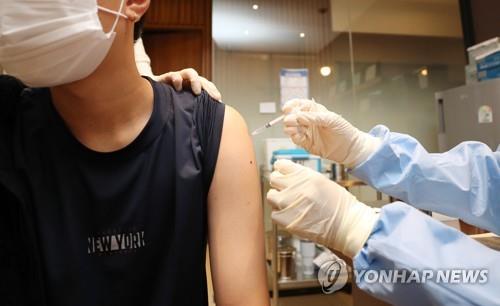 Many students and parents are voicing fury at what they denounce as "discrimination against those not vaccinated" and "effective coercion for adolescents to get vaccinated."

An online petition against the latest vaccine pass measure was filed on the website of Cheong Wa Dae on Friday, shortly after its announcement. The petition garnered endorsement from 74,000 people in the first three days.

The petitioner, who identified herself as a mother of four children, questioned its effectiveness.

"I believe cram schools are not a place where people remove a mask and eat ... I am curious about why the vaccine pass needs to be extended to children when there is a considerable number of breakthrough infection cases," she said.

In a similar online petition filed by a high school sophomore in late November, the petitioner indignantly said the vaccine pass scheme runs against people's basic rights to reject getting vaccinated, especially in the presence of many breakthrough infections. The petition has been seconded by more than 193,000 citizens.

Internet communities among parents of students have also been flooded with complaints arguing that the decision could hinder students' learning activities.

Yang Dae-rim, an 18-year-old YouTuber, has said he is planning to file a collective petition with the Constitutional Court this week, saying the system "practically enforces vaccination and unconstitutionally violates the personal liberty on an extensive and serious scale."

Many say that the vaccination rate among teenagers may not increase anytime soon as important end-term exams at middle and high schools, set for later this month, leave little room for students to risk vaccine side effects.

Some parents have been scurrying to get their children vaccinated.

"Vaccination is getting smoothly under way for young children overseas. I am going to get my child inoculated as soon as her turn comes because I have been always worried about infections since school classes turned fully off-line," said a 45-year-old woman, a mother of an elementary school student.

Medical experts stress the vaccine pass scheme has the effect of providing protection for those not vaccinated, rather than enforcing vaccination.

"Vaccine passes are aimed at protecting those not inoculated," Lee Jae-gap, an infectious disease doctor at Hallym University Hospital, said. "Mandatory vaccination would require the unvaccinated to pay for their own test or treatment or imposing fines, but that is not our case." 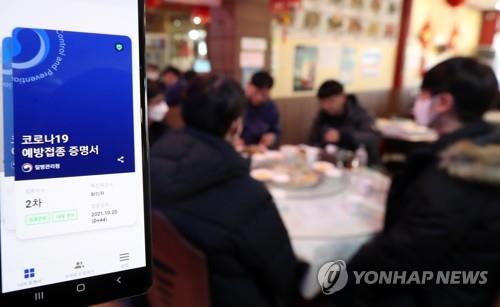 Extension of vaccine pass to teens met with angry reaction by students, parents

Extension of vaccine pass to teens met with angry reaction by students, parents