In his second parliamentary speech as prime minister, he again described South Korea as an important neighbor but made clear that Tokyo will maintain its existing position on bilateral disputes over such issues as compensating the victims of Japan's wartime forced labor and sexual enslavement of Koreans.

"With regard to South Korea, which is an important neighboring country, (we) will continue to strongly demand appropriate responses based on our consistent position," he stated.

He made public such a stance during his first policy address delivered at an Oct. 8 parliamentary session, four days after taking office.

The South Korean government said it "respects" the local court ruling ordering Japanese firms to pay compensation to the victims of forced labor during World War II. Japan, however, argues that all reparation-related matters were settled under a 1965 treaty to normalize their diplomatic ties.

On North Korea, meanwhile, Kishida emphasized a top priority on resolving the issue of Japanese nationals abducted by the communist regime decades ago.

He said once again that he is willing to meet with North Korean leader Kim Jong-un, with no pre-conditions attached, for a resolution to the problem. 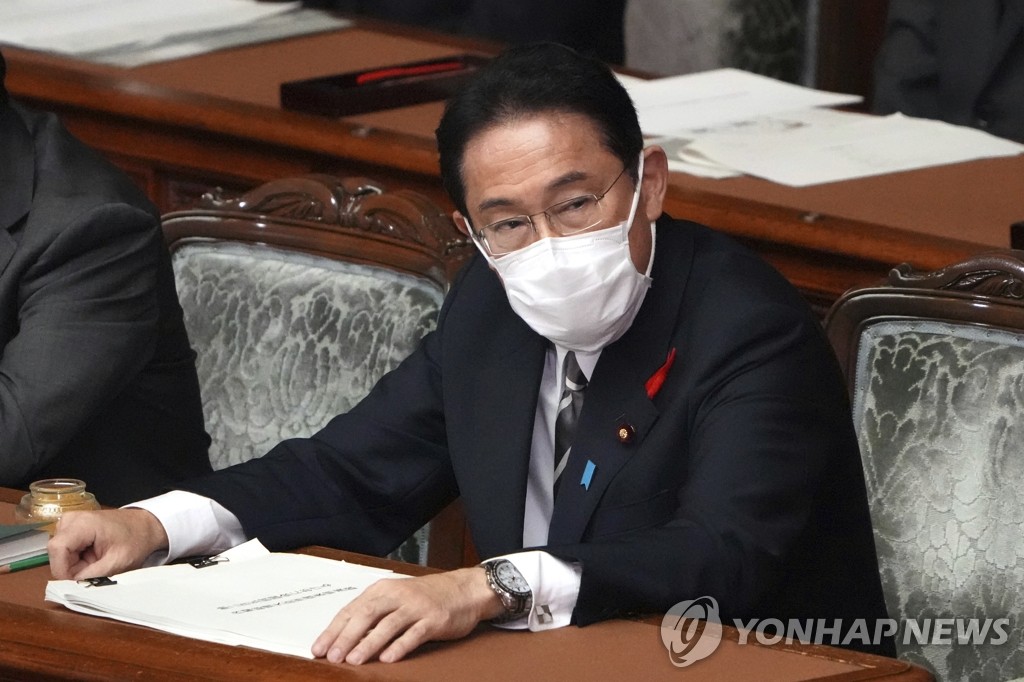