The trip will also take the vice chairman of Samsung Electronics Co. to Saudi Arabia. Lee plans to enhance cooperation in the telecommunication sector and check out new trends in the Middle East, Samsung said without elaborating. 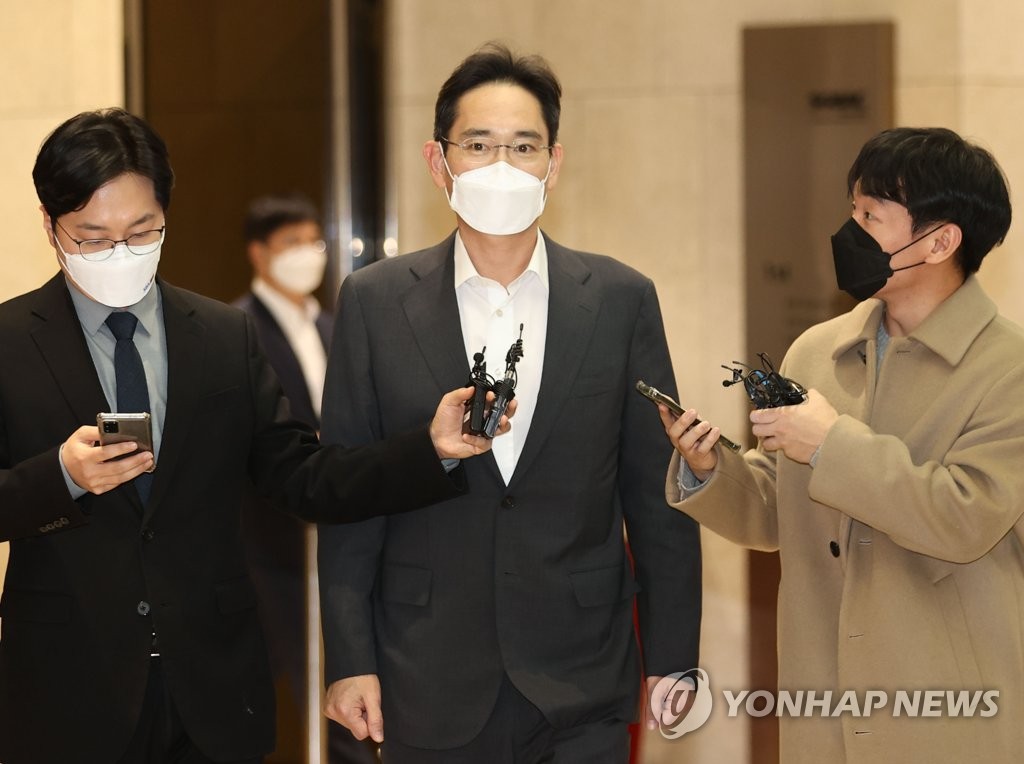 Lee has been building up business relationships in the Middle East market. In February 2019, Lee met with Abu Dhabi Crown Prince Sheikh Mohammed bin Zayed al-Nahyan and discussed ways to expand cooperation in information and technology and to expand Samsung's foothold in the premium smartphone market.

Last month, Samsung C&T, the construction arm of the South Korea's biggest conglomerate Samsung Group, signed a memorandum of understanding with the Ministry of Investment of Saudi Arabia to closely cooperate in energy, city and infrastructure development sectors.

The latest trip came less than two weeks after Lee returned from a business trip to the United States where he met key U.S. officials and business partners, including Microsoft CEO Satya Nadella and Moderna Chairman Noubar Afeyan, to discuss chip shortages and other business issues. 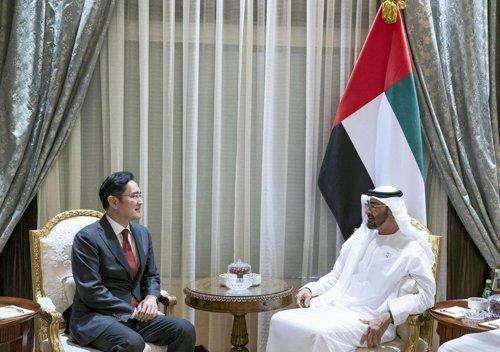 Lee is expected to visit Europe as the last leg of his business trip.

They were said to have discussed supply plans of extreme ultraviolet (EUV) equipment essential for producing chips with the 7-nanometer process or below, cooperation in advanced semiconductor manufacturing technology and the industry outlook amid the COVID-19 pandemic.

Samsung will install ASML's advanced machines in its yet-to-be-built new chip fabrication plant in Taylor, Texas, which is expected to go operational in 2024. 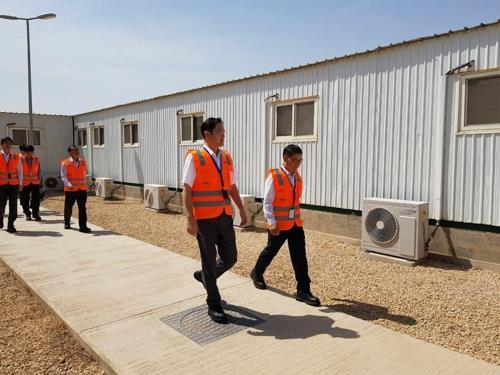 He departed Monday evening, after attending an ongoing trial over his role in controversial merger and accounting fraud allegations.

Lee was charged in September last year with stock manipulation, violations of capital market laws and external audits and breach of trust in relation to the 2015 merger between two Samsung affiliates, Cheil Industries Inc. and Samsung C&T, and alleged accounting fraud at the pharmaceutical unit of Samsung Biologics.

His trip became known after he submitted a request for a "fast track procedure" to the government for quarantine exemption. The South Korean government allows business executives to be exempted from mandatory 10-day quarantine upon arrival to prevent the omicron variant of the coronavirus from spreading.

He is widely believed to go on as many overseas business trips as possible to make up for lost time while being behind bars over a bribery conviction involving former ousted President Park Geun-hye.

Lee was released on parole in August this year after spending seven months in prison.

"I had a chance to hear voices from the field and to see the harsh reality of the market with my own eyes" he said last month upon arrival from his U.S. trip. 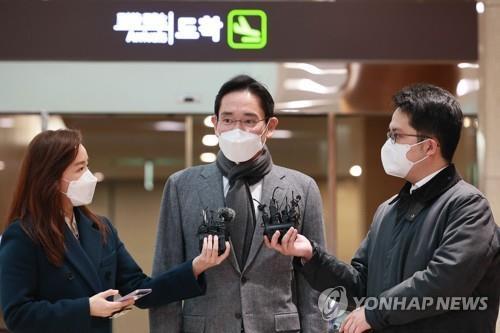