SEOUL, Dec. 6 (Yonhap) -- Fears of omicron are spreading on several university campuses in Seoul, school officials said Monday, as some of their foreign students are suspected of having contracted the highly contagious COVID-19 variant.

One foreign student each from Seoul National University (SNU), Hankuk University of Foreign Studies (HUFS) and Kyunghee University has been classified as a suspected case of omicron variant, the officials said. 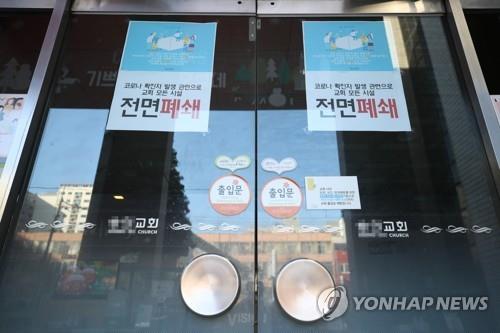 All of the three were found to have visited a church in Incheon, west of Seoul, where a pastor and his wife were confirmed last week as the first confirmed cases of omicron in South Korea. The students tested positive for COVID-19 last Friday but it may take more time to confirm their possible infections with omicron.

The three universities are closely monitoring the possibility of omicron infection for the foreign students and tightening their quarantine measures.

HUFS has held two rounds of emergency meetings and decided to switch all classes to non-face-to-face classes until Dec. 14. The final exam of this semester may also be conducted non-face-to-face.

In addition, the university is to restrict the operations of a library and other school facilities until Dec. 11, which were believed to have been visited by the suspected omicron case.

"A total of 169 people are believed to have been in close contact with the concerned foreign student. So far, 59 of them have tested negative for COVID-19 and secondary infections have not yet been identified," said an HUFS official.

SNU has quarantined those who have been classified as close contacts of the suspected omicron patient, while Kyunghee University plans to conduct further discussions after confirming whether its foreign student was infected with omicron.

But SNU and Kyunghee students expressed anxiety and concern as the two universities still maintain a face-to-face class policy.

"I'm very nervous as five fellow students who use the same laboratory with me have received a text message asking them to be tested for COVID-19. I fear they may have had close contact with the suspected omicron case," said an SNU student surnamed Park.

A Kyunghee student said she was stunned to hear that a student from her school may have contracted omicron only several days after media reports of the nation's first cases of the coronavirus variant.