SEOUL, Dec. 7 (Yonhap) -- South Korea logged a current account surplus for the 18th straight month in October, though the surplus was smaller than the previous month due to increased imports amid high energy and raw material prices, the central bank said Tuesday.

The current account surplus came to US$6.95 billion in October, down from $10.07 billion a month earlier, according to preliminary data by the Bank of Korea.

The October figure marked the 18th straight month that the current account has been in the black since May last year when it turned around from a deficit of $3.33 billion in April amid faltering exports caused by the pandemic.

During the January-October period, the country's current account posted a cumulative $77.07 billion.

The BOK earlier predicted the annual account surplus to reach around $92 billion. The central bank said that it will be possible to meet the projection if the current surplus trends continue.

The goods balance measuring inbound and outbound shipments registered a surplus of $5.64 billion in October but the amount was smaller than the previous month's surplus of $9.45 billion.

The BOK said that unit import prices of crude oil stood at $77.8 per barrel, up 80.2 percent from the same month a year earlier. The prices of liquefied natural gas surged 142.2 percent on-year to $668 in the month.

The service account, which includes outlays by South Koreans on overseas trips, posted a surplus of $630 million in October, a turnaround from a deficit of $20 million in September.

In particular, revenue from transport amounted to a record high of $4.77 billion in October, driven by a hike in shipping rates, the data showed. 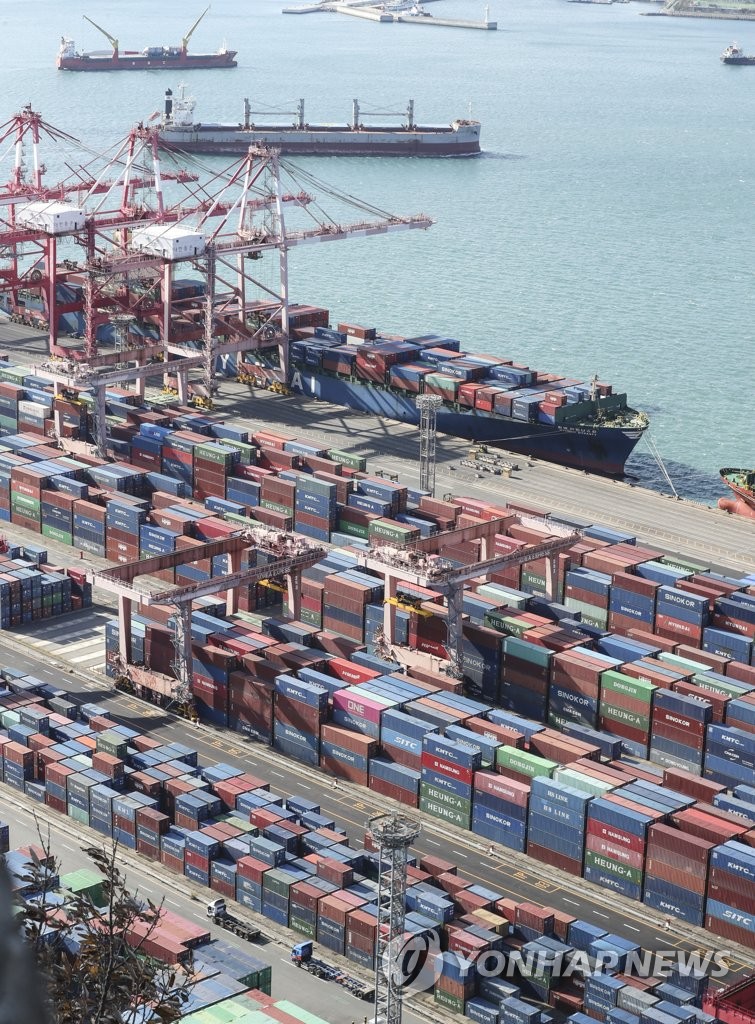