(ATTN: UPDATES with details in paras 2-3)

BUSAN, Dec. 7 (Yonhap) -- The Air Force launched a surprise operation on Tuesday to install an anti-missile radar on a mountain in the southeastern city of Busan, sparking angry protests from residents concerned about potential health hazards from the radar's electromagnetic waves.

Police clashed with a group of protesters early Tuesday on Mt. Jang in the city, 450 kilometers southeast of Seoul, where the Air Force began installing a Green Pine land-based radar at around 6 a.m. Four people were arrested following repeated dispersion orders.

"We condemn the defense ministry for pushing ahead with the radar installation which the residents object to," a representative of the protesting group said.

The Air Force did not notify local authorities of the operation in advance in an apparent attempt to avoid obstruction from local resident and activists, who have raised concerns over potentially harmful effects of electromagnetic waves from the radar.

The Air Force has insisted that electromagnetic waves from the radar, used to detect and trace ballistic missiles, were unharmful and that the equipment was essential in responding to missile threats. 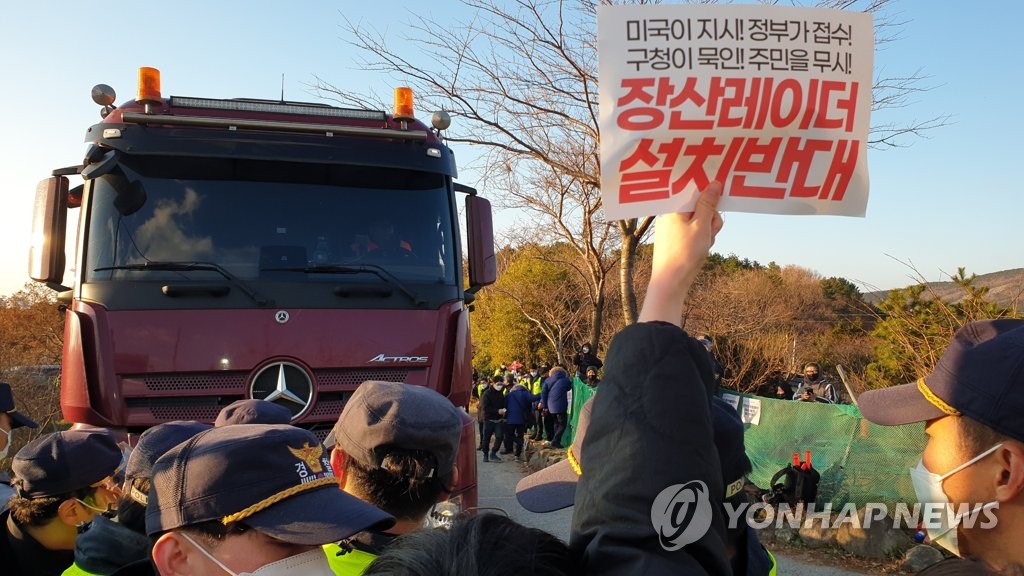