One foreign student each from Seoul National University (SNU), Hankuk University of Foreign Studies (HUFS) and Kyunghee University has been confirmed to have contracted the omicron variant, according to the Seoul city government. 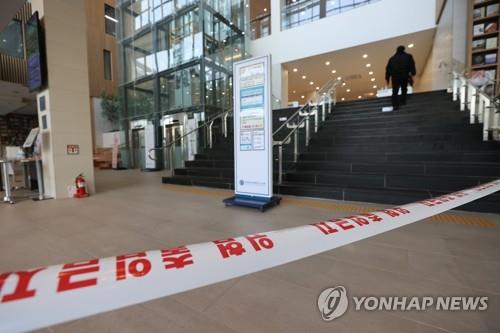 All of the three were found to have visited a church in Incheon, west of Seoul, where a pastor and his wife were confirmed last week as the first cases of omicron in South Korea. The students tested positive for COVID-19 last Friday and their infections with omicron have been finally confirmed through a whole genome analysis, the government said.

This is the first time that omicron cases have been confirmed in Seoul. Nationwide, the number of omicron cases rose by 12 to 36 as of midnight Monday.

The infections of students immediately raised fears of omicron spreading in Seoul's university districts and beyond.

The concerned universities are conducting contact tracing related to the infected students and mapping out quarantine measures amid the possibility of secondary infections.

HUFS has decided to switch all classes to non-face-to-face classes until Dec. 14 and restrict the operations of a library and other school facilities, visited by its omicron-infected student, until Dec. 11.

SNU has quarantined those who have been classified as close contacts of its omicron patient and is considering asking all of the patient's fellow dormitory students to undergo rapid molecular diagnostic tests.

Kyunghee University also plans to recommend COVID-19 testing for all students who share the same dormitory floor with its omicron-infected student.