SEOUL, Dec. 7 (Yonhap) -- The Supreme Court has raised the maximum recommmended sentence for those convicted of child abuse resulting in death to 22 1/2 years in prison amid calls for tougher punishment for such heinous crimes, sources said Tuesday.

The maximum ceiling was raised to 22 1/2 years in cases where special aggravated determinants outweigh mitigating elements by more than two factors, the sources said.

The commission also newly introduced a sentencing standard for child abuse murder to range between to 17 to 22 years and that of aggravated cases to either to over 20 years or minimum life imprisonment. It plans to hold public hearings on the adjustment and finalize the decision in March.

The move came as a number of grisly child abuse death cases have made headlines as of late, most notably the alleged homicide of an adopted toddler named Jung-in last year, which caused nationwide grief and prompted demands for the death penalty for the child's stepparents. 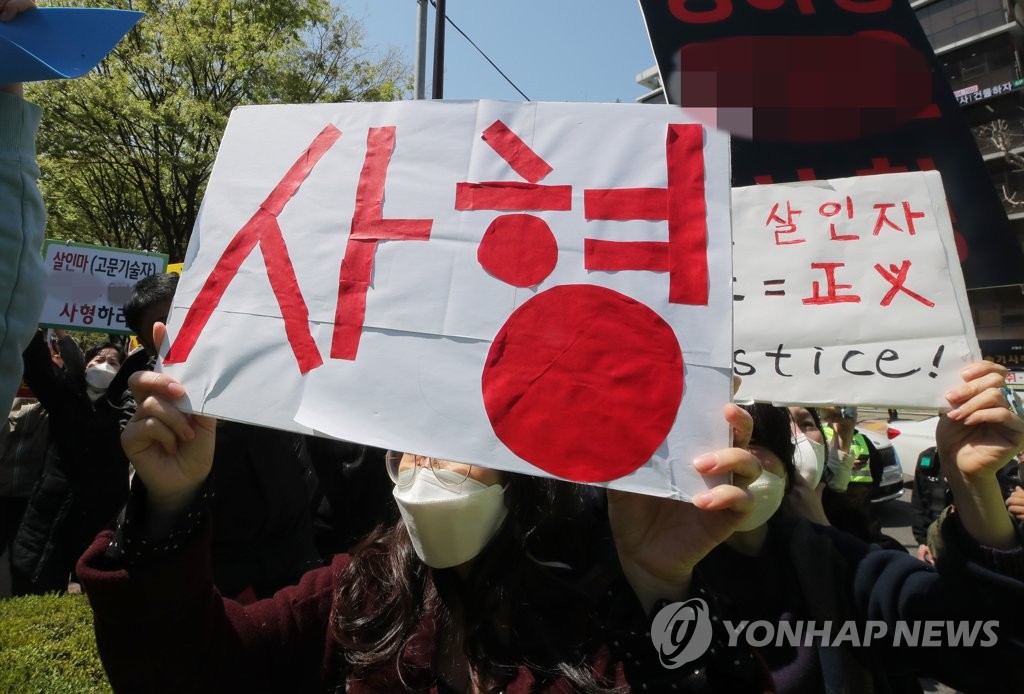