Foreigners who were vaccinated outside of South Korea are currently unqualified for the benefits given to those fully vaccinated, as their overseas vaccination records are not recognized under the government's vaccine pass system due to unclear reasons.

The system, however, recognizes overseas vaccination records of South Koreans.

Difficulties of foreigners vaccinated overseas deepened as the government brought back some of the tougher anti-virus curbs to deter the COVID-19 resurgence and the omicron variant, such as vaccine pass requirements for access to cafes, restaurants, movie theaters and other public places.

A 21-year-old Spanish woman, named Helena, is one of many foreign residents struggling to have their vaccination record confirmed by the South Korean government.

She told Yonhap News Agency she went back to Spain to get fully vaccinated with the Pfizer vaccine and returned. Health authorities here, however, told her to visit the Korean embassy in Spain to get her vaccination status confirmed, leaving her practically denied access to public facilities.

Another 20-something German woman also voiced frustrations, saying she has been unable to register with a local public health center her Janssen vaccination received at home.

Amid mounting complaints among the foreign community, the British Embassy in Korea said it is asking the government to address the issue.

"The U.K. embassy, along with the U.S., Australian, Canadian, New Zealand and Indian embassies, has again asked the government of South Korea for urgent recognition of foreign nationals fully vaccinated overseas," the embassy wrote on its official Twitter account (@UKinKorea).

"They should have same access rights to public facilities as those Korean nationals fully vaccinated overseas," it said.

A South Korean health official said the government was looking into ways to confirm foreigners' inoculation from abroad.

"We will make sure (foreigners) can get their third shots like South Korean nationals," the official said, vowing to unveil new procedures around Thursday. 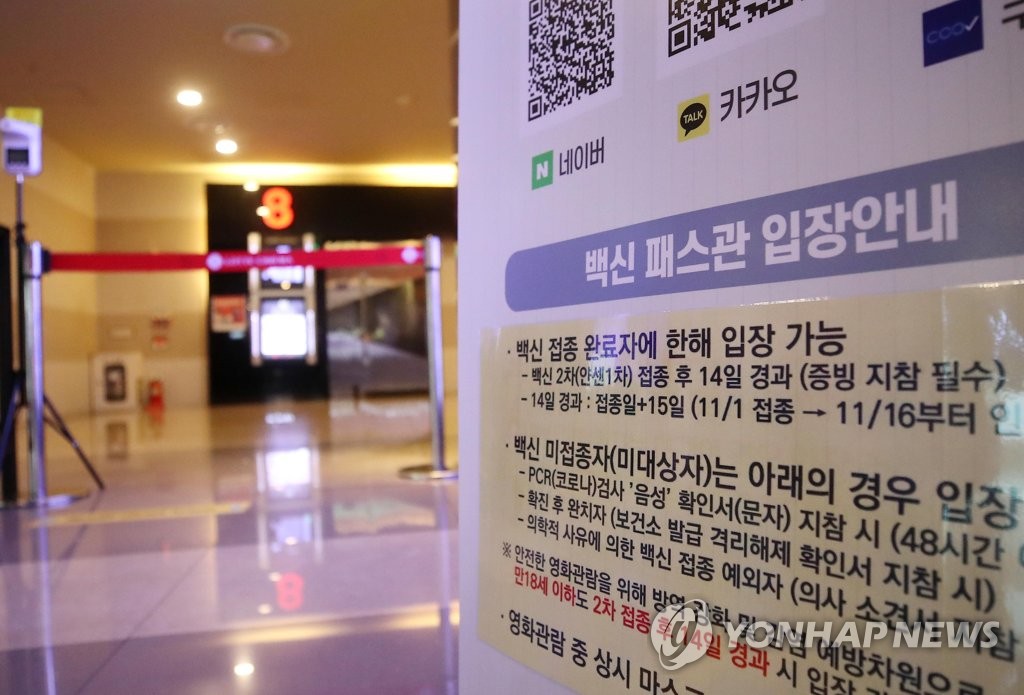