Moon is expected to brief leaders of some 110 nations on South Korea's achievements in promoting democracy and human rights on Thursday at 10 p.m. (Korean time), presidential officials said.

The summit was a campaign promise of Biden, who has prioritized achieving the goal of rallying the nations of the world against the forces of authoritarianism.

Key U.S. competitors, including China and Russia, that were not invited, have strongly denounced this week's summit as causing global division. 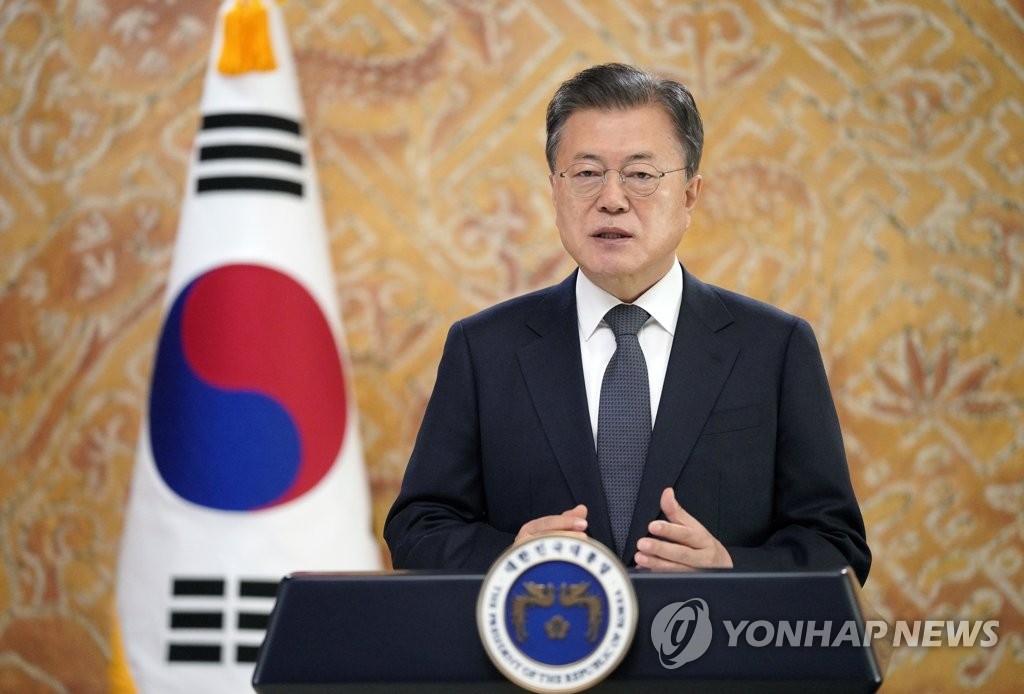 The summit comes just days after the U.S. announced it will stage a diplomatic boycott of the upcoming Winter Olympics in Beijing due to China's human rights abuses.