SEOUL, Dec. 8 (Yonhap) -- An appellate court on Wednesday upheld a lower court's 30-year prison sentences for a couple in their 20s convicted of abusing and starving their 8-year-old daughter to death.

The third-year elementary school child died at their home in Incheon, west of Seoul, in early March after suffering nearly three years of maltreatment and violence by her biological mother and stepfather, 28 and 27 years old, respectively.

The case became known after the couple called for emergency help, saying their child was not breathing.

Rescuers dispatched to the scene found the child dead with many bruises on her body. Her weight was only 13 kilograms, nearly 10 kg less than those of her peers.

Investigations revealed that the couple subjected her to beatings and other physical punishment on 35 occasions since early 2018 for reasons like lies or eating food secretly.

Since August last year, the child had been given only bowls of rice without any side dishes, or sometimes nothing to eat or drink at all the whole day.

Two days ahead of her death, the child was given a cold shower and left in an unheated bathroom naked for two hours because "she urinated with her clothes on," according to the investigations. The stepfather saw the girl fainting there but turned a blind eye.

"It's hard to say there were justifiable purposes for education in their behavior, nor were the methods appropriate," the court said. The couple had insisted in the previous ruling they did not "deliberately" killed the child.

The couple got married in 2017. The mother had the girl and another boy from her previous marriage. 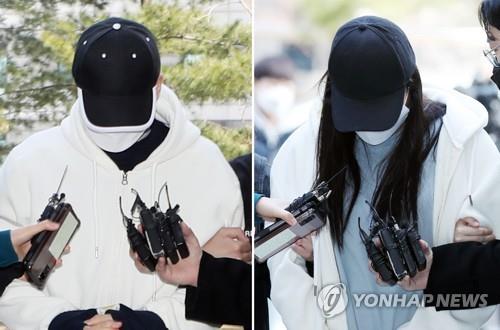