The Heroes were responding to a tweet by a Cuban-born, U.S.-based baseball journalist, Francys Romero, who said earlier in the day four clubs in the Korea Baseball Organization (KBO), including the Heroes, were interested in Puig. Romero also said "one of these (teams) is quite close to an agreement" with the 31-year-old Cuban player.

"We have had internal discussions on the merits of having Puig on our team," a Heroes official told Yonhap News Agency. "But there hasn't been any major progress in our negotiations (with Puig)." 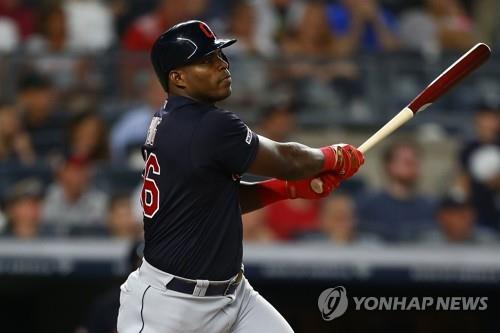 The three other teams mentioned in Romero's tweet, the Hanwha Eagles, the Kia Tigers and the LG Twins, all denied having interest in Puig, the 2014 National League All-Star for the Los Angeles Dodgers.

The Heroes also had interest in Puig last summer while he remained a free agent. The team's general manager at the time, Kim Chi-hyun, had told Yonhap he felt he "had a chance to sign Puig," but the player decided to give Major League Baseball another shot.

Kim later admitted while the Puig signing would have created a big splash, he still had reservations about Puig's reputation as a selfish and petulant teammate with questionable work ethic.

KBO teams can sign up to three foreign players, with no more than two pitchers. Clubs typically go with two starting pitchers and one slugger-type hitter.

The Eagles, the Tigers and the Twins have already decided not to bring back their foreign hitters from the 2021 season -- Hernan Perez, Preston Tucker and Justin Bour. The Heroes went through two foreign hitters this year, David Freitas and then his replacement, Will Craig. They have retained rights to Craig for now.

In an interview with a Spanish-language outlet earlier this week, Puig said he'd fielded offers from KBO teams but would continue to wait for calls from big league clubs right up until the start of spring training in February. Puig also said he'd rather stay in the U.S., even if it means playing in the minors, than end up in the KBO. 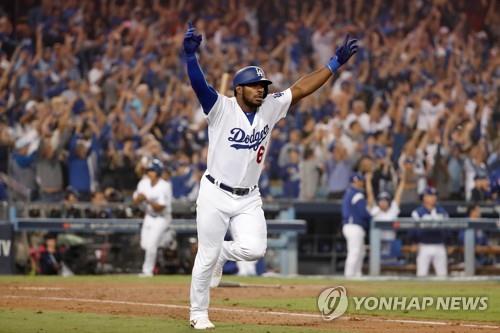 Puig burst onto the scene in 2013 as a freakishly athletic outfielder for the Dodgers. He batted .319/.391/.534 in 104 games with 19 homers, 42 RBIs and 11 steals en route to finishing runner-up in the National League Rookie of the Year voting.

Puig made his first All-Star team the following year and had a career-high 28 home runs in 2017. He was traded to the Cincinnati Reds in December 2018 and then to the Cleveland Indians in July 2019. After hitting free agency at the end of the 2019 season, Puig hasn't been back in the majors. He has since played in Mexico and the Dominican Republic.

Puig is best known to South Korean baseball fans for being teammates with their homegrown ace Ryu Hyun-jin, who pitched for the Dodgers from 2013 to 2019.

KBO's Heroes admit to interest in Yasiel Puig, deny being close to deal

KBO's Heroes admit to interest in Yasiel Puig, deny being close to deal