Kirby also highlighted the need for such capabilities to counter threats posed by what he called any "would-be" foes.

"This is the kind of capability that we not only believe we need in the region but that we need to continually review and upgrade as necessary," Kirby said when asked if the U.S. has enough missile defense capabilities to counter threats from North Korea, China and Russia.

"I think this all folds very significantly into the secretary's vision of integrated deterrence ... this fully netted effort to get capabilities and operational concepts working together with modern technology to help change the calculus of any would-be foe," he told a daily press briefing. 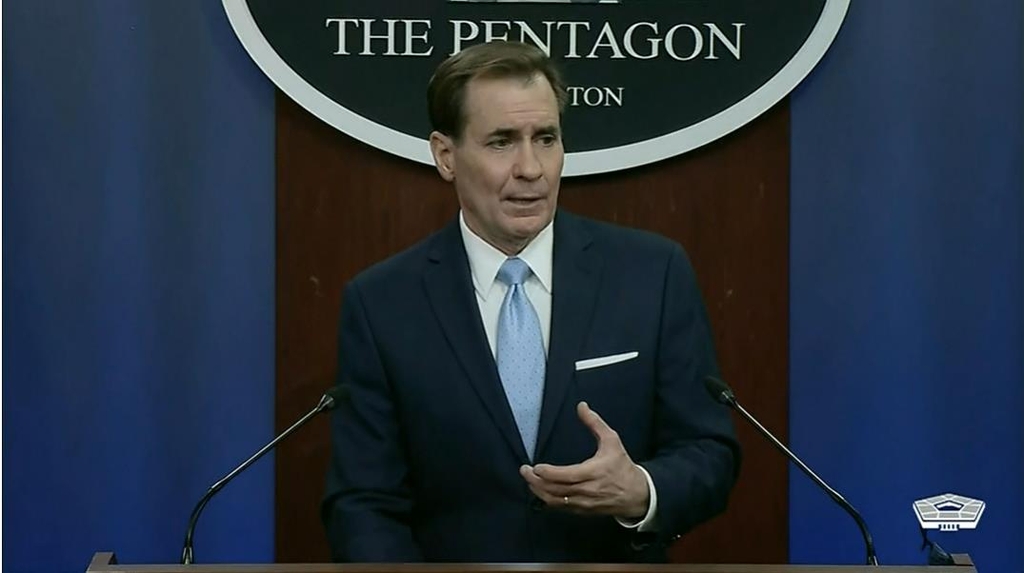 The Department of Defense announced on Monday that it has fielded a new long-range discrimination radar (LRDR) in Alaska that can discriminately pick out "lethal objects" or warheads of ballistic missiles launched from North Korea. The LRDR is the backbone of the Missile Defense Agency's strategy to protect the U.S. from ballistic missile attacks.

Vice Adm. Jon Hill, director of U.S. Missile Defense Agency, added the LRDR will likely be fully operational in 2023, and that it will also be upgraded to detect hypersonic missiles.

"I won't talk to the specifics of defense systems on the peninsula, but as you well know, the secretary was just out there and he had a lot of good discussions with Minister Suh and President Moon about the defensive capabilities that we continue to have on the peninsula and how we can keep those robust," said Kirby, referring to Defense Secretary Lloyd Austin's visit to Seoul earlier this month and his meetings there with his South Korean counterpart, Suh Wook, and South Korean President Moon Jae-in.

During his visit, Austin and Suh approved a new Strategic Planning Guidance, which will set the tone for updated wartime operation plans (OPLANs) for ROK-US combined forces.

Colin Kahl, under secretary of defense for policy, said OPLANs too continue to evolve as do threats.

"Our planning with South Korea is robust and it continues to evolve given the, you know, the evolution of the threat posed by North Korea, as well frankly as other challenges in the region," he said earlier Wednesday while speaking in a webinar hosted by U.S. online news outlet Defense One.

"This is just the next turn of the crank in terms of our ongoing planning and the evolution of our alliances with South Korea, which is as strong as it's ever been," he said of the upcoming change to OPLANs.