SEOUL, Dec. 9 (Yonhap) -- South Korea's central bank said Thursday that it will adjust the extent of its loose monetary policy stance "appropriately" in consideration of inflation, the pandemic and monetary policy directions of major economies.

In a monetary policy report to lawmakers, the Bank of Korea (BOK) cited uncertainty linked to global supply disruptions, the resurgence of the coronavirus and the emergence of the omicron COVID-19 variant as major risk factors that could weigh on the economy.

"As the domestic economy continues its favorable growth and consumer inflation is likely to stay over our target level for a considerable period of time, we will adjust the extent of the accommodative monetary policy appropriately going forward," the BOK said.

"We will determine when to take measures for additional adjustment by closely monitoring COVID-19 developments, growth, inflation trends, risks linked to a buildup in financial imbalances and changes in monetary policies of major countries," the central bank added.

The BOK raised its key interest rate by a quarter percentage point to 1 percent in November, ending about two years of the zero range rate put in place to support the pandemic-hit economy. 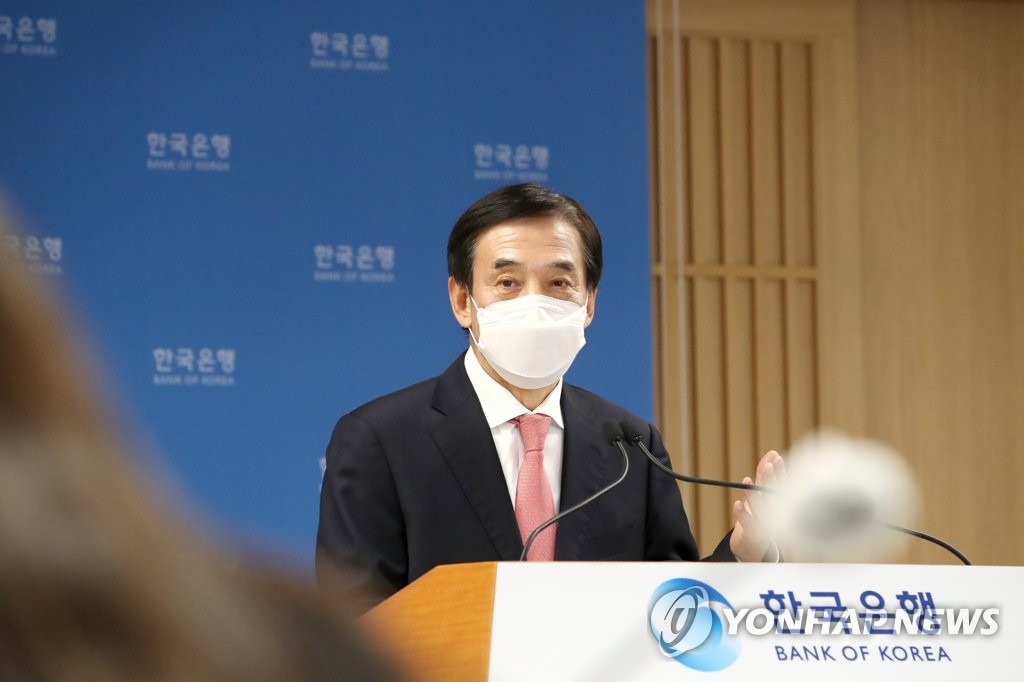 This marked the second pandemic-era rate hike following the one in August as the central bank has been seeking to tame inflation and household debt.

BOK Gov. Lee Ju-yeol earlier said that the country's monetary policy still remains "accommodative" even after the two rate increases and left open the possibility of yet another hike early next year.

South Korea's economy has shown signs of rebounding recently, driven by strong exports and cautious optimism that the pandemic might be tapering off.

But the resurgence of the virus and the outbreak of the potentially more transmissible omicron variant are feared to weigh on private consumption and put a damper on the overall economic recovery.

"We are looking into the impact that omicron could have on consumption and prices," BOK Deputy Gov. Park Jong-seok told a press briefing. "We will determine it by looking into (future) indexes."

"There are not enough indexes yet to figure out the impact of omicron and recently tightened antivirus measures but we will make future monetary policy decisions by heeding the fact that uncertainty has heightened," he added.

Health authorities reported Thursday that the daily caseload of coronavirus infections stayed above 7,000 for the second straight day and the number of critically ill patients hit an all time-high.

A total of 60 omicron infections have also been confirmed here since the first outbreak of the variant early this month.

Worries about inflation are also on the rise. The country's consumer prices grew 3.7 percent in November from a year earlier, the fastest rise in about 10 years.

The BOK cited the pandemic and global supply disruptions as major risk factors to the country's economy down the road.

"In the wake of the emergence of the omicron variant, some countries are tightening again antivirus measures, raising uncertainty related to COVID-19," the central bank said.

"A recovery in global supply chains appears to be taking place at a slower-than-expected pace, serving as a downside factor on global and domestic economic conditions," it added.