Moon and Scholz met in late October in Rome, where Moon held a bilateral summit with then German Chancellor Angela Merkel, who stepped down after 16 years in office, on the sidelines of the G-20 meeting.

"I am pleased we met in Rome in October and anticipate closer cooperation for the development of Korea-Germany relations," Moon said in a Twitter post. 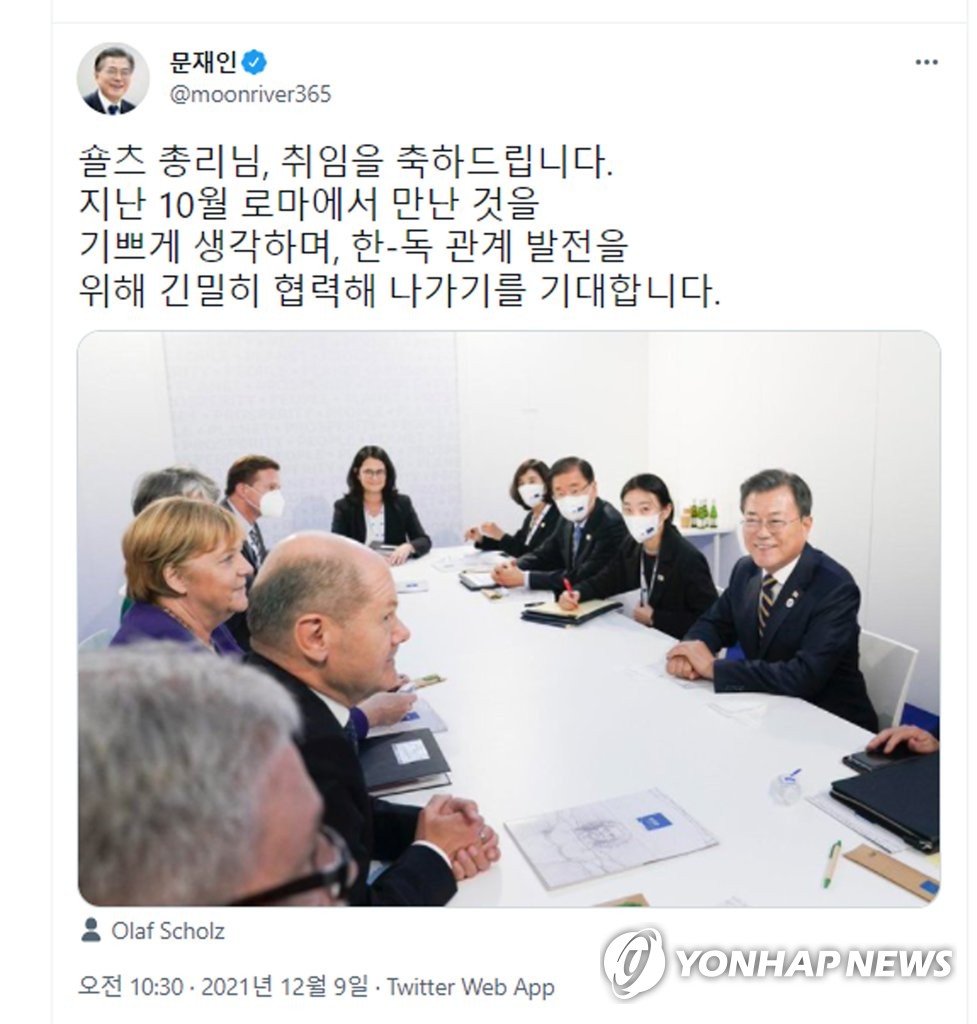