The Kiwoom Heroes of the Korea Baseball Organization (KBO) announced Thursday that they have signed the 31-year-old Cuban outfielder to a one-year deal worth US$1 million, the maximum amount allowed for first-year foreign players here. 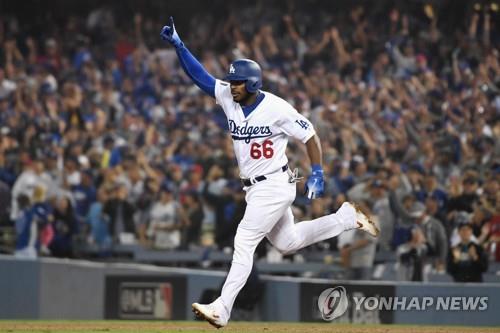 In Puig, the Heroes are getting an instantly recognizable star, one of the biggest names to come to the KBO in recent years, but also a player with a reputation as a petulant teammate with questionable work ethic.

The Heroes also had interest in Puig last year before pivoting to another former major leaguer, Addison Russell. The Heroes had said at the time Puig, who had last played in the majors in 2019, was trying to take another shot at the big leagues rather than taking his talent to South Korea.

Puig was linked again to the KBO earlier this week, when Cuban-born, U.S.-based baseball journalist Francys Romero tweeted that the Heroes were among four clubs interested in Puig's services.

On Wednesday, the Heroes admitted to being in on Puig but denied a deal was imminent.

The Heroes' general manager, Ko Hyung-wook, said Thursday he recently traveled to the Dominican Republic to see Puig in person in the Winter League before making an offer.

"I could just see how talented he was," Ko said. "I had a chance to speak to him on a few occasions, and I came away with the impression that he was a mature person who was devoted to his family."

Ko noted that Puig still has not abandoned his dreams of returning to the majors and that he will play with enough drive and determination to have "a positive impact" on the Heroes.

In a recent interview with a Spanish-language outlet, Puig said he'd fielded offers from KBO teams but would continue to wait for calls from big league clubs right up until the start of spring training in February. 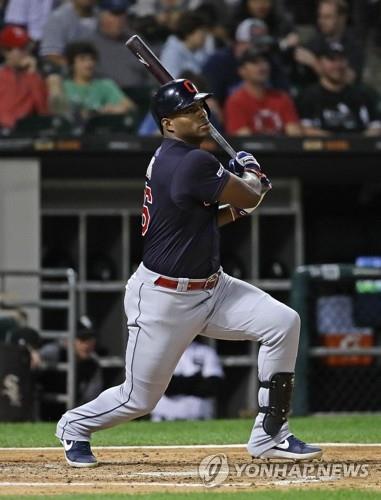 However, the free agency market remains frozen in the major leagues due to a lockout. And with no guarantee that spring training will begin on time, Puig apparently had a change of heart and agreed to a deal with the Heroes.

Puig burst onto the scene in 2013 as a freakishly athletic outfielder for the Los Angeles Dodgers. He batted .319/.391/.534 in 104 games with 19 homers, 42 RBIs and 11 steals en route to finishing runner-up in the National League Rookie of the Year voting.

Puig made his first All-Star team the following year and had a career-high 28 home runs in 2017. He was traded to the Cincinnati Reds in December 2018 and then to the Cleveland Indians in July 2019. After reaching free agency at the end of the 2019 season, Puig hasn't been back in the majors, having instead played in Mexico and the Dominican Republic. Puig is best known to South Korean baseball fans for being teammates with their homegrown ace Ryu Hyun-jin, who pitched for the Dodgers from 2013 to 2019.