SEOUL, Dec. 9 (Yonhap) -- A high school student said Thursday he will file a constitutional petition against the government's plan to expand the COVID-19 vaccine pass system to teenagers, claiming the measure amounts forcing people to get vaccinated.

Starting February, the government plans to require not only adults, but also children aged 12 to 18 to present COVID-19 vaccination or negative test certificates at multiuse facilities, including public study rooms and cram schools.

The decision has met fierce backlash, leading the ruling Democratic Party to reconsider the plan.

A group of people, including Yang Dae-rim, a 18-year-old high school student, plan to file an appeal with the Constitutional Court against the plan on Friday, lawyers representing them said.

"This is an act of forcing people, including adolescents, to receive COVID-19 vaccine jabs when there are concerns over their safety and effectiveness," Chae Myung-sung, the petitioners' representing attorney from the Lawyers for Human Rights and Unification of Korea, said.

"This is clearly a violation of the Constitution," he said.

The petitioners claimed their most basic right to education will be infringed when access to private academic institutes and study rooms is restricted without a vaccine pass, calling for freedom to decide for themselves whether to get vaccinated or not.

They also plan to file a complaint with the prosecution against President Moon Jae-in and Jeong Eun-kyeong, head of the Korea Disease Control and Prevention Agency, on charges of power abuse. 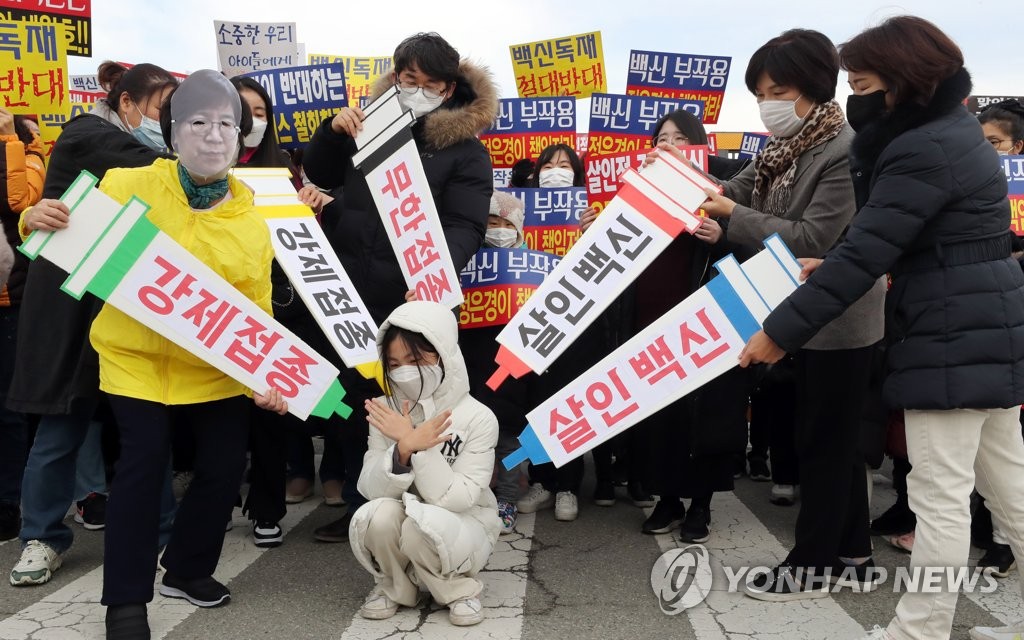