SEOUL, Dec. 9 (Yonhap) -- South Korea's unification minister said Thursday the declaration to formally end the 1950-53 Korean War, if issued, could be a "turning point" to open a new phase for peace and urged North Korea to accept its dialogue offer.

Lee In-young said it is the right time to push for the end-of-war declaration to help bring Pyongyang back to the negotiating table as the reclusive regime seems more open to talks by not dramatically raising military tension and restoring the inter-Korean communication lines in October.

"(The North) has been seemingly showing a more open manner toward dialogue than before," Lee said in an academic conference in Seoul. "North Korea has fired multiple short-range missiles this year, but it hasn't severely deteriorated the situation by raising high-level tension."

Lee said reaching an agreement on the declaration under the current security situation on the Korean Peninsula would provide a "sure turning point for a new phase of peace."

The minister expressed hope for the North to respond before it is too late so as not to weaken the momentum and willingness for negotiations with Seoul and Washington.

The allies are known to be in final-stage consultations to draft the declaration, though it remains uncertain whether Pyongyang would positively respond to the overture.

Seoul officials have been trying to dispel lingering skepticism over the declaration in hope of making substantive progress on the peace efforts before the Moon Jae-in administration's term ends in May. 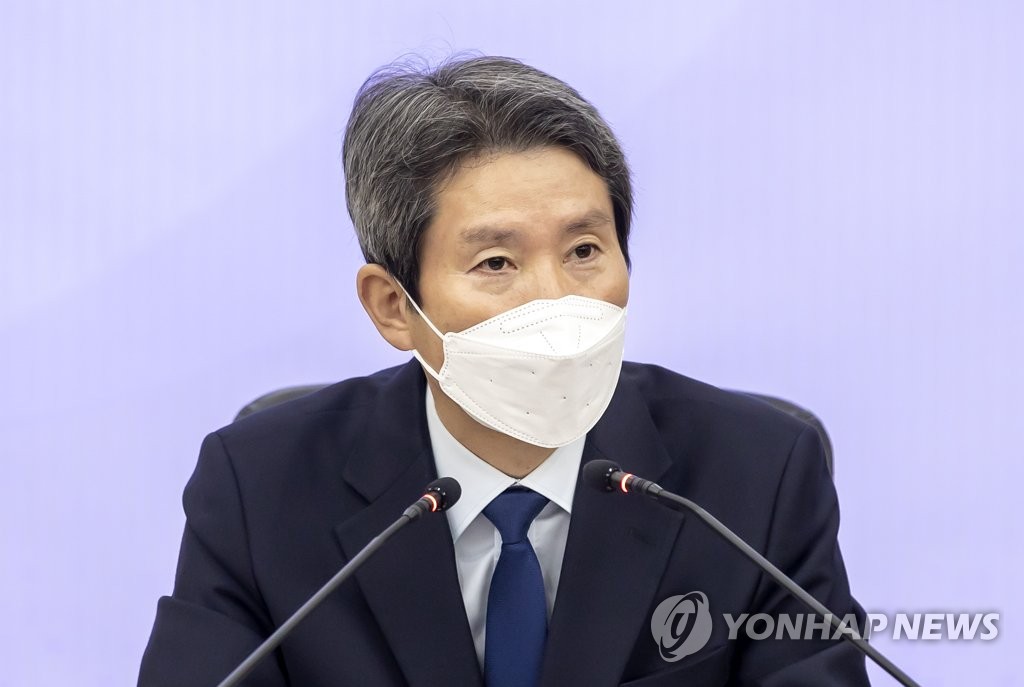