The reversal comes after Lee gained 5 percentage points from last week, while Yoon climbed only 2 points in the survey of 1,004 people conducted Monday to Wednesday by Embrain Public, Kstat Research, Korea Research and Hankook Research.

This is the first time Lee has topped Yoon since the latter was named the PPP presidential nominee in the first week of November, the pollsters said.

In third place was Ahn Cheol-soo, the presidential candidate of the minor opposition People's Party, at 4 percent, followed by Sim Sang-jeung of the minor progressive Justice Party at 3 percent.

Lee and Yoon tied at 39 percent for election probability.

More people, or 46 percent, viewed the March 9 presidential election as passing judgment on the Moon Jae-in administration, while 42 percent said they preferred stability in state affairs.

Lee was chosen as the candidate most likely to have good economic policies at 42 percent, followed by Yoon at 25 percent, Ahn at 6 percent and Sim at 2 percent.

The PPP had the most support at 35 percent, trailed by the DP at 34 percent, the Progressive Party at 4 percent and the People's Party at 3 percent. 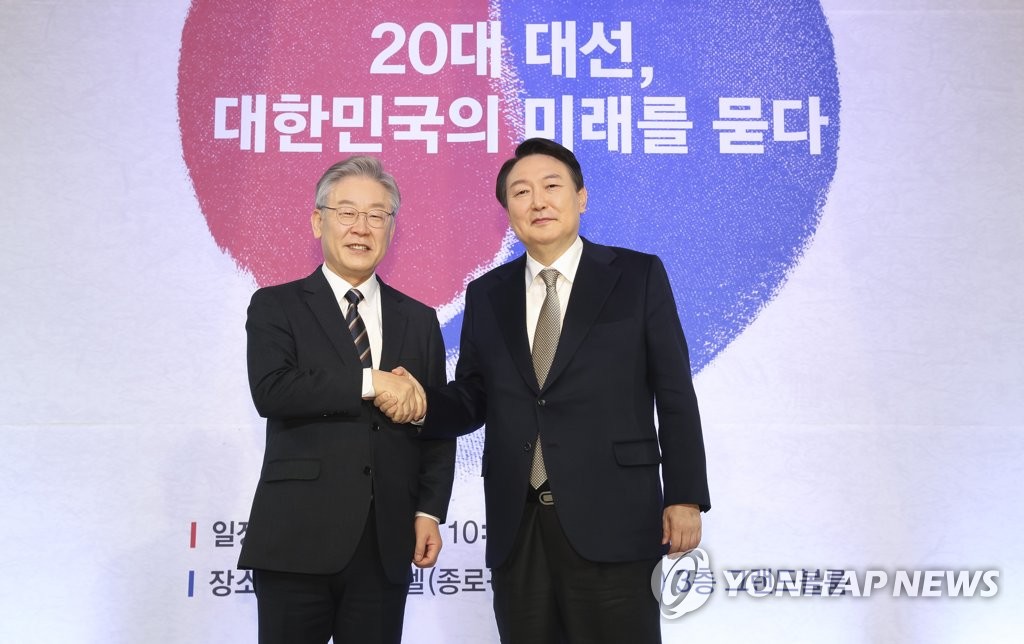