SEOUL, Dec. 10 (Yonhap) -- President Moon Jae-in said Friday that South Korea is an "exemplary testament" to the value of democracy, citing the Korean people's struggle against authoritarianism and move for peaceful revolutions.

Moon made the remarks at a virtual democracy summit of leaders of more than 110 countries hosted by U.S. President Joe Biden.

The summit was a campaign promise of Biden, who has prioritized achieving the goal of rallying the nations of the world against the forces of authoritarianism. Key U.S. competitors, including China and Russia, that were not invited, have strongly denounced this week's summit as causing global division. 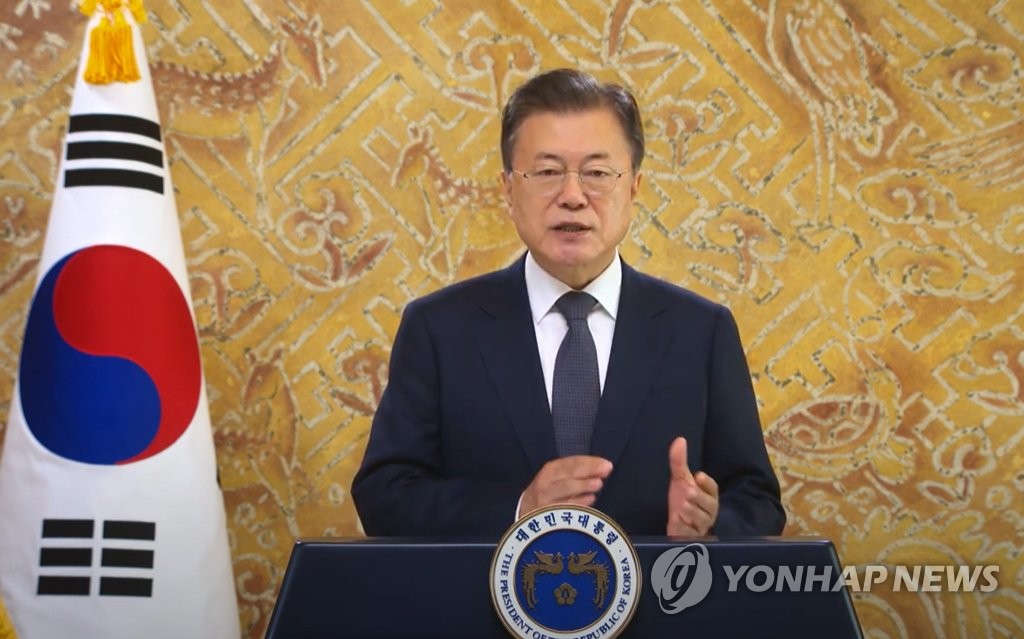 "Korea is an exemplary testament to the value of democracy," Moon told the summit. "Although having undergone colonial rule and a war, we have developed in compliance with international free trade norms and became the first country that ascended to the ranks of developed economies from a developing country."

"Every time authoritarianism suppressed the Korean people, they protected democracy and moved it forward through peaceful civil revolutions," Moon said.

"Korea will build on this experience and contribute to global democracy," Moon said. "Democracy never stopped, not even for a second. It is only renewed every time."

Moon said the world could overcome the COVID-19 crisis through democracy.

"Although a new variant 'omicron' is spreading, we will surely surmount the COVID-19 crisis together," Moon said. "As always, the strongest power we have in overcoming crises is our collective intelligence - democracy."

"Democracy did not stop at fighting authoritarianism," Moon said. "It enabled humanity to prosper with the power of freedom and creativity."

The summit came just days after the U.S. announced it will stage a diplomatic boycott of the upcoming Winter Olympics in Beijing due to China's human rights abuses. 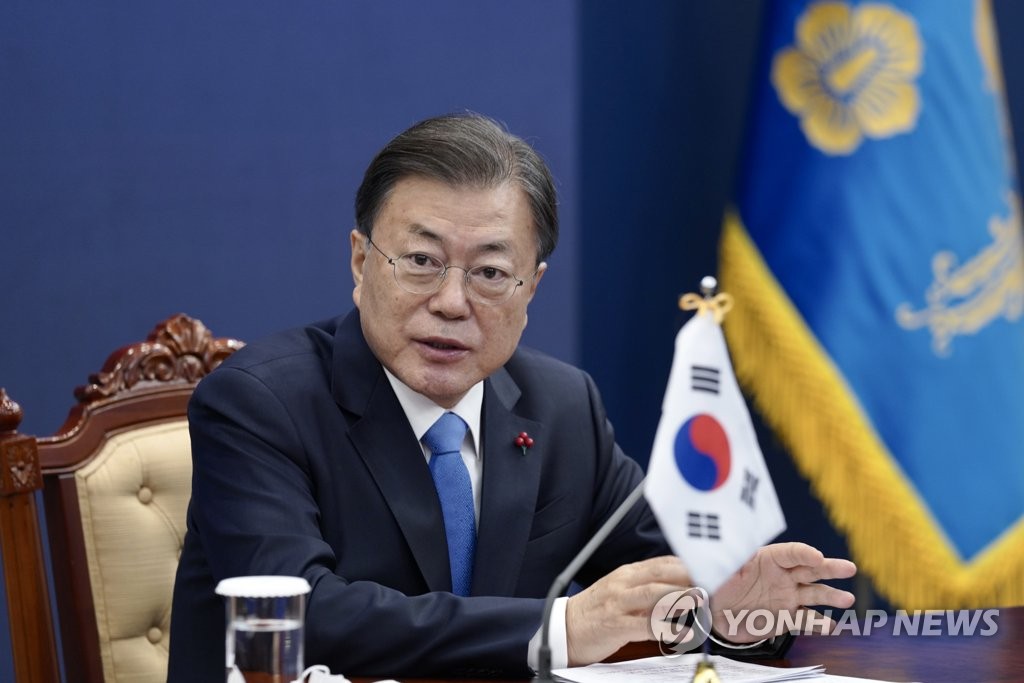