SEOUL, Dec. 10 (Yonhap) -- South Korea has locked down maximum quota places in all but two short track speed skating events for the 2022 Beijing Winter Olympics, missing out on both the men's and women's sprint races.

These places were determined following four ISU World Cup competitions from October to November. Countries can send up to three skaters per individual event and one team per relay to the Beijing Winter Olympics, which will kick off in February. 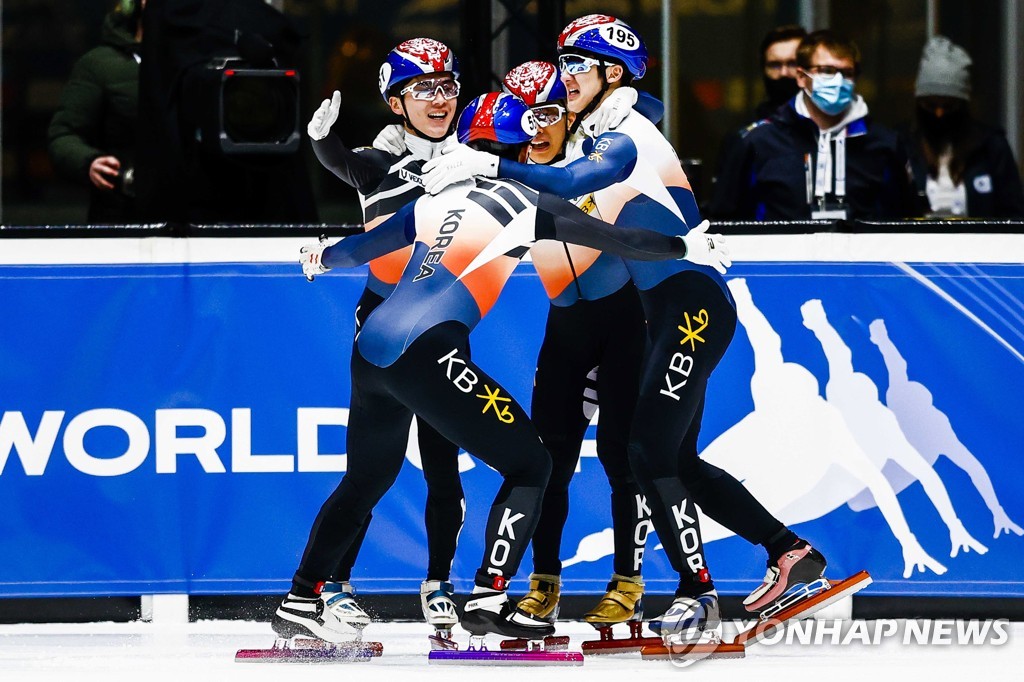 However, South Korea will have two skaters each in the men's and women's 500m.

South Korea had the maximum number of competitors in every individual race at the 2018 PyeongChang Winter Olympics on home ice. For the Sochi Games four years before that, South Korea missed out on one spot each in the men's 500m and 1,000m. 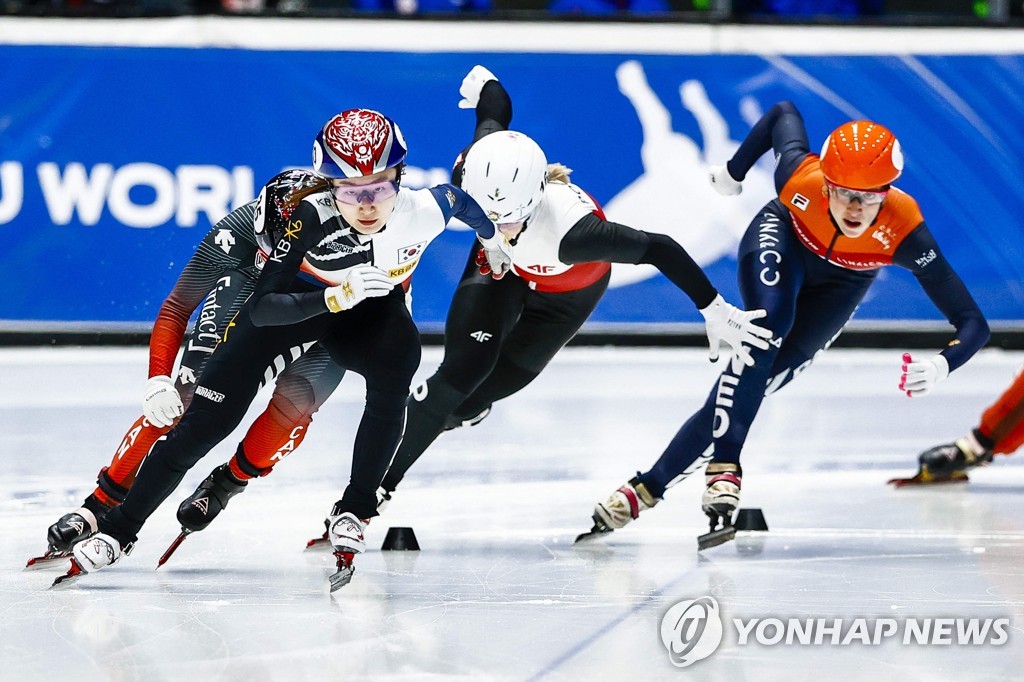 Over the four World Cup events this season, South Korea grabbed just one gold from the men's 500m and one bronze from the women's 500m.

With the quota places determined, countries will now determine which skaters will take the ice in Beijing. South Korea completed its Olympic trials in May, with the top three from the men's and women's races eligible for all events in Beijing, and the fourth- and fifth-place qualifiers set to skate only in the relays.

On the men's side, Hwang Dae-heon, Lee June-seo and Park Jang-hyuk will be eligible for all individual and relay events. Kwak Yoon-gy and Kim Dong-wook will only be available for the relays.

Things are murkier for the women's team.

Shim Suk-hee, Choi Min-jeong and Kim Ji-yoo finished 1-2-3 in the Olympic trials in May. But Shim is facing a possible suspension for mocking her teammates and coaching staff in an expletive-laden text exchange with a coach during the 2018 Winter Olympics. 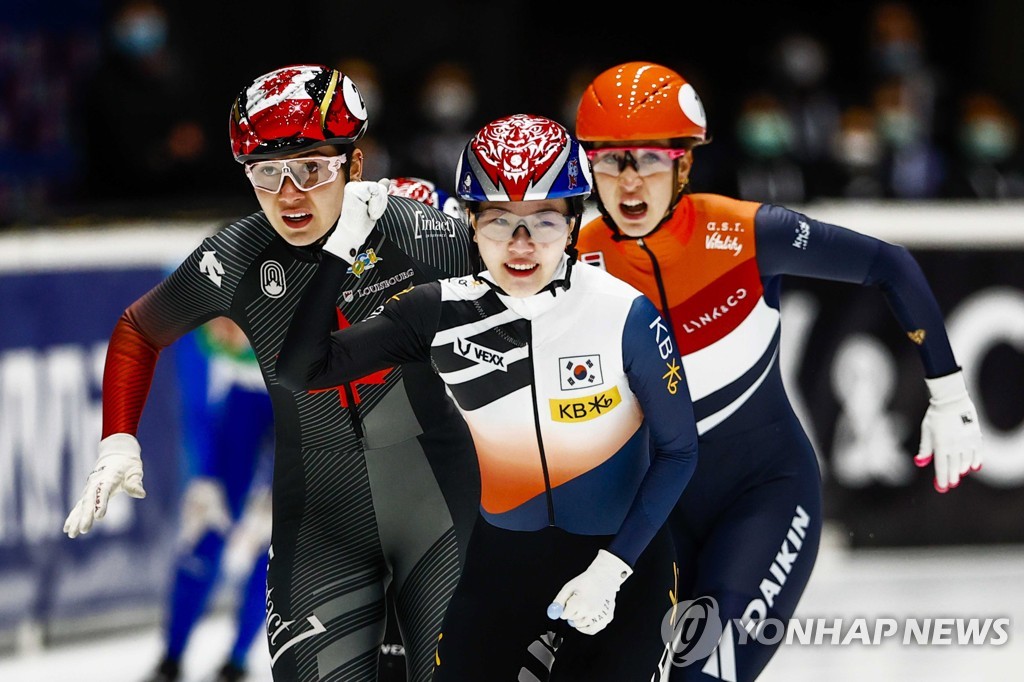 The Korea Skating Union (KSU) recently wrapped up its investigation into those text messages, which also raised suspicions that Shim had deliberately tripped up Choi out of spite during the women's 1,000m final at PyeongChang 2018. The KSU determined that Shim had intentionally pushed off Choi's left arm during that race, but it couldn't confirm whether Shim had done so to prevent Choi from winning a medal or to protect herself.

The KSU is expected to open disciplinary proceedings on Shim sometime in December.

Kim Ji-yoo suffered a broken ankle during the third World Cup event in November and remains a question mark for Beijing.

If Shim and Kim can't go, then fourth- and fifth-ranked qualifiers, Lee Yu-bin and Kim A-lang, will take their spots. Seo Whi-min and Park Ji-yun will move up to join them in the relay.