The decision to cut the dosage interval between primary vaccination and booster shots for people aged 18 or older was announced as the country's daily new coronavirus infections surpassed 7,000 for the third straight day amid worries about the omicron variant, while the number of serious COVID-19 cases showed no signs of letup.

"Our medical response capability is quickly burning out as daily cases remained in the 7,000s for a third day in row, with seniors aged 60 or older accounting for 35 percent of the cases," Kim said during a meeting of the Central Disaster and Safety Countermeasures Headquarters. "Our top priority task is a swift inoculation of vaccines." 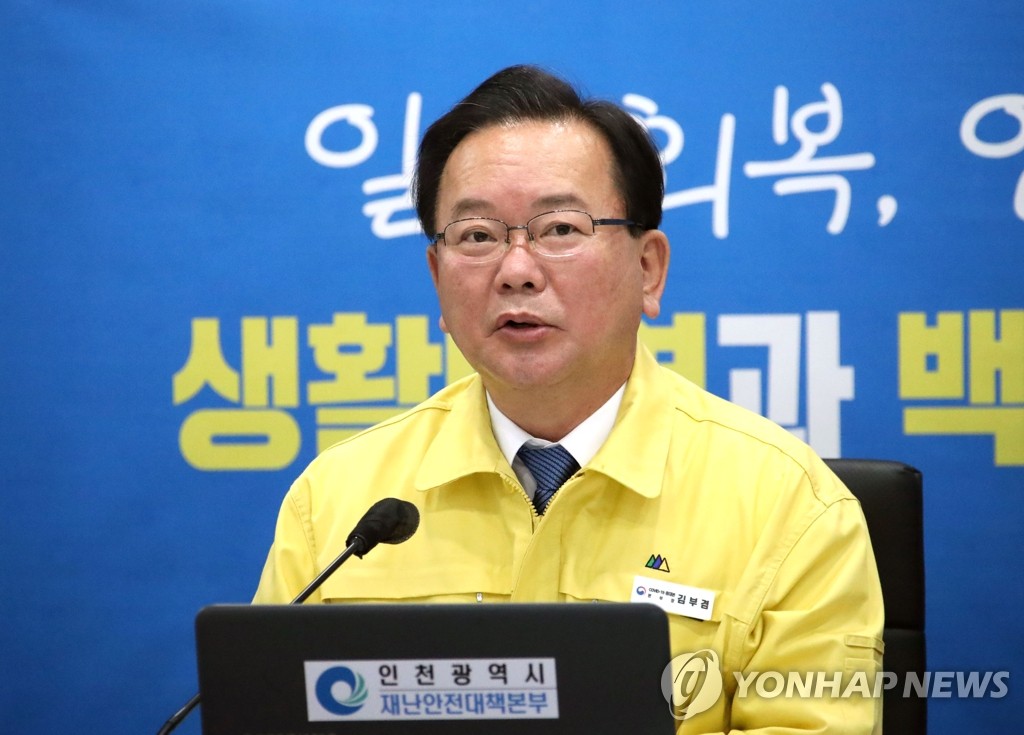 A booster shot refers to an extra dose of a vaccine given after the protection provided by the original jab wanes over time.

Last month, the authorities cut the dosage interval for booster shots from six months to four months for people aged 60 or older and five months for those in their 50s.

Kim also called for increasing the pace of vaccinations for teenagers, saying that the authorities plan to run inoculation programs at schools from next week.

Amid a rise in the number of critically ill patients, Kim said the government will issue an additional administrative order that calls for hospitals in the non-capital area to secure at least 1,700 hospital beds.

The authorities will designate more hospitals dedicated only to virus treatment. Such moves are expected to add more than 5,000 beds for COVID-19 patients, Kim said, adding that the government will also reinforce workforce to support antivirus efforts.

Kim asked for people's cooperation in virus prevention and hinted that the government may further tighten social distancing rules in the near future if the situation does not improve.

The government already announced that the maximum number of people at private gatherings will be limited to six in the greater Seoul area and eight in other areas till Jan. 2.

Visitors to high-risk businesses, including saunas, pubs and gyms, are required to show their "quarantine pass," also known as "vaccine pass," to prove they have been vaccinated or have a negative coronavirus test result.

"Although toughened virus prevention measures are being enforced from this week, its effect is apparently not getting recognized," he said. "The government could announce special measures, including enforcing stricter social distancing rules, if we assess that this risky situation of our community cannot make a turnaround in the near future."

(LEAD) Booster shots for adults can be given 3 months after primary vaccination: PM

(LEAD) Booster shots for adults can be given 3 months after primary vaccination: PM