Suh made the remarks during a year-end meeting of top commanders from the Army, Air Force, Navy and Marine Corps, as the country's political parties are quickening their preparations for the March 9 presidential election.

"Our military has been fulfilling its role as the last bulwark of national defense under any circumstances. I call on you to ensure that our military will not stand at the center of any political controversy," he added.

Friday's gathering focused on assessing the security situation on the Korean Peninsula and in Northeast Asia, as well as discussing next year's defense tasks, including responses to North Korea's evolving nuclear and missile threats.

On North Korea, participants shared the assessment that the reclusive regime has continued to push for advancing its nuclear and missile programs, while striving to strengthen internal unity and stabilize people's livelihoods.

Regarding security tasks for 2022, participants vowed to "sternly' respond to any threats from terrorism and outside the Korean Peninsula and improve the South Korea-U.S. tailored deterrence strategy to counter threats from the North's nuclear and other weapons of mass destruction.

They also highlighted their commitment to developing space security capabilities based on inter-service cooperation, portraying outer space as a "core realm that has significant influence over national security." 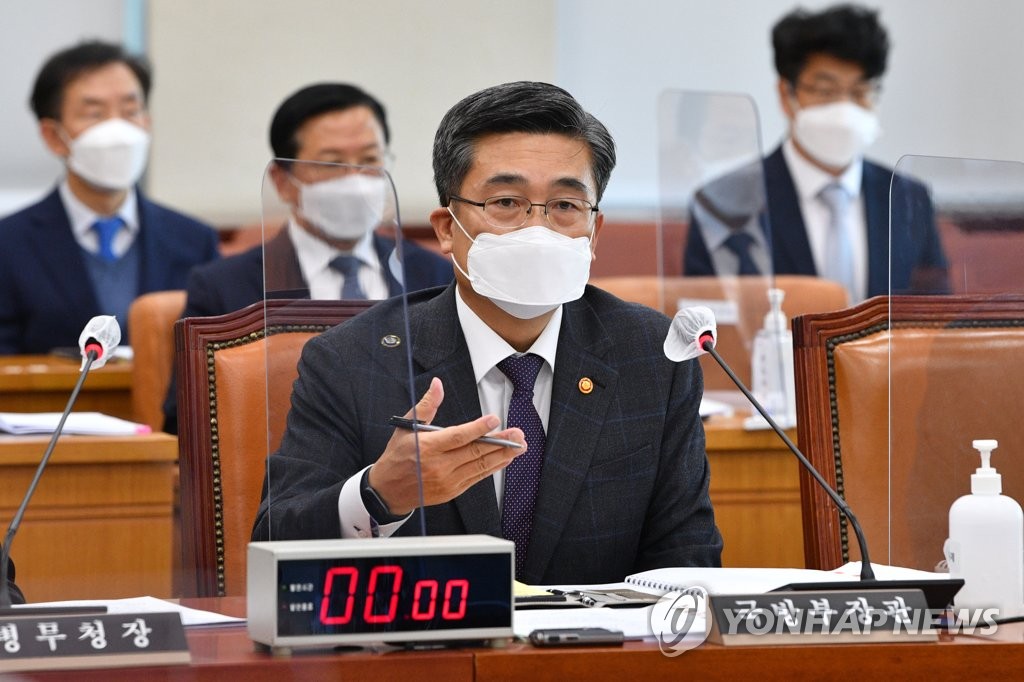