INCHEON, Dec. 10 (Yonhap) -- Prosecutors sought a five-year prison sentence Friday for a former high school teacher charged with luring one of her students into having sex with her.

The former teacher at a high school in Incheon, west of Seoul, was indicted on charges of sexually abusing the student by having sex with him multiple times between 2019 and 2020 when she was the student's homeroom teacher.

In April this year, the Incheon District Court sentenced her to 1 1/2 years in prison, suspended for three years, saying she confessed to the crime and had no record of previous crimes, even though the gravity of her crime is heavy.

During a hearing Friday at an appellate division of the court, prosecutors demanded five-year imprisonment for her, saying the accused had sexual intercourse multiple times with the victim, who was not mature enough to develop his own perspective on sex.

"The victim has suffered irreparable mental distress and his parents are asking for a stern punishment," prosecutors said, demanding a heavier punishment.

During the hearing, the former teacher asked for leniency, saying she deeply regrets her actions. 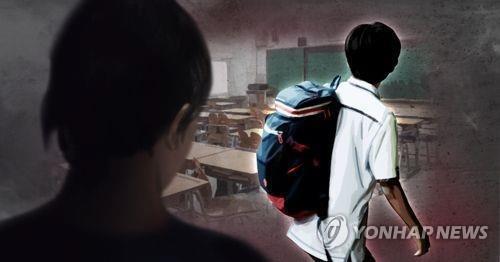