SEOUL, Dec. 10 (Yonhap) -- Hanwha Engineering and Construction Corp. has been picked as the preferred bidder for a project to build a new major sports and convention industry complex in southeastern Seoul, the city government announced Friday.

Seoul aims to develop some 350,000 square meters around Jamsil Sports Complex in Seoul's southeastern Songpa Ward into a comprehensive commercial complex encompassing a wide range of sectors, including sports, MICE, culture and shopping through private investments.

The project, estimated to cost around 2 trillion won (US$1.7 billion), is poised to become a new flagship landmark for Seoul when completed and bolster Seoul's competitiveness among major cities worldwide. It is set to become the biggest private investment project in the country in terms of complex developments.

The city government plans to begin negotiations with Hanwha over the details of the project as early as in January with a goal to strike a final deal by the first half of 2023.

Officials said the city aims to commence construction in the second half of 2023 after reviewing potential effects on traffic and the environment, and listening to feedback from local residents and experts. 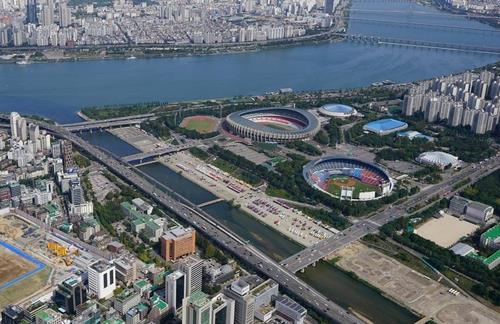