SEOUL, Dec. 10 (Yonhap) -- South Korea's top diplomat plans to depart for Britain Friday to attend a meeting of foreign and development ministers from the Group of Seven (G-7) industrialized countries this weekend, his ministry said.

Foreign Minister Chung Eui-yong will join the G-7 gathering in Liverpool on Saturday and Sunday to discuss health, security and economic issues and seek closer ties with the wealthy nations, the ministry said.

Although South Korea is not a member of the G-7, it has been invited as a guest along with Australia, India, South Africa and members of the Association of Southeast Asian Nations. Britain holds the rotating presidency of the G-7 sessions this year.

During the meeting, Chung will make remarks on global cooperation for fair distribution of COVID-19 vaccines, building resilient supply chains and deepening regional cooperation with G-7 members, it noted.

Chung plans to have bilateral talks with some of his counterparts from other major countries on the sidelines of the gathering, with arrangements currently underway, according to Seoul officials.

Drawing keen attention is whether he will meet bilaterally with Japanese Foreign Minister Yoshimasa Hayashi, who took office last month, amid soured ties between the neighbors over prolonged history-related disputes. 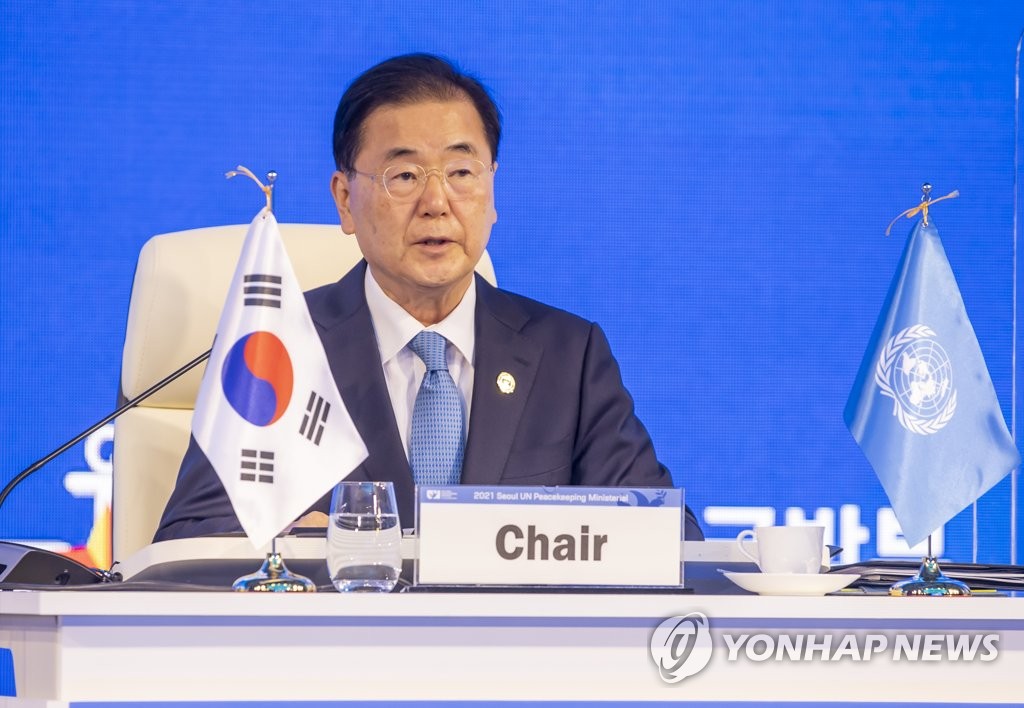