The Defense Agency for Technology and Quality (DTaQ) said that the missile, called the Haegung, hit the intended target in two tests, one conducted on Wednesday and one Friday. Haegung means sea bow in Korean.

The missile is designed to intercept incoming missiles or shoot down hostile aircraft. Its development was completed in 2018 under an acquisition project led by the state-run Agency for Defense Development (ADD).

The Navy plans to deploy the weapons system to its key warships, such as frigates, landing ships and mine layer ships, the DTaQ said. 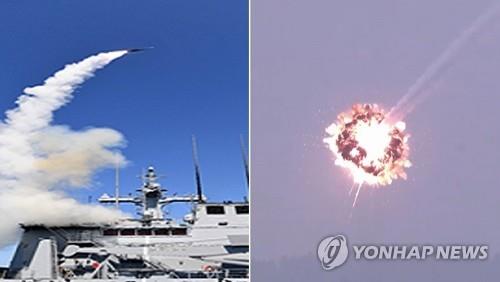