Moon made the remarks at a meeting on carbon neutrality with chief executives of some 40 big and medium-sized companies, including Hyundai Motor, LG Display and SK Innovation.

Moon said the government will use its policy of carbon neutrality to increase the competitiveness of the manufacturing industry.

To that end, the government will increase tax deductions for companies' facility and research spending, Moon said. The government also aims to develop the carbon-neutrality industry into a next-generation driver of growth, he said. 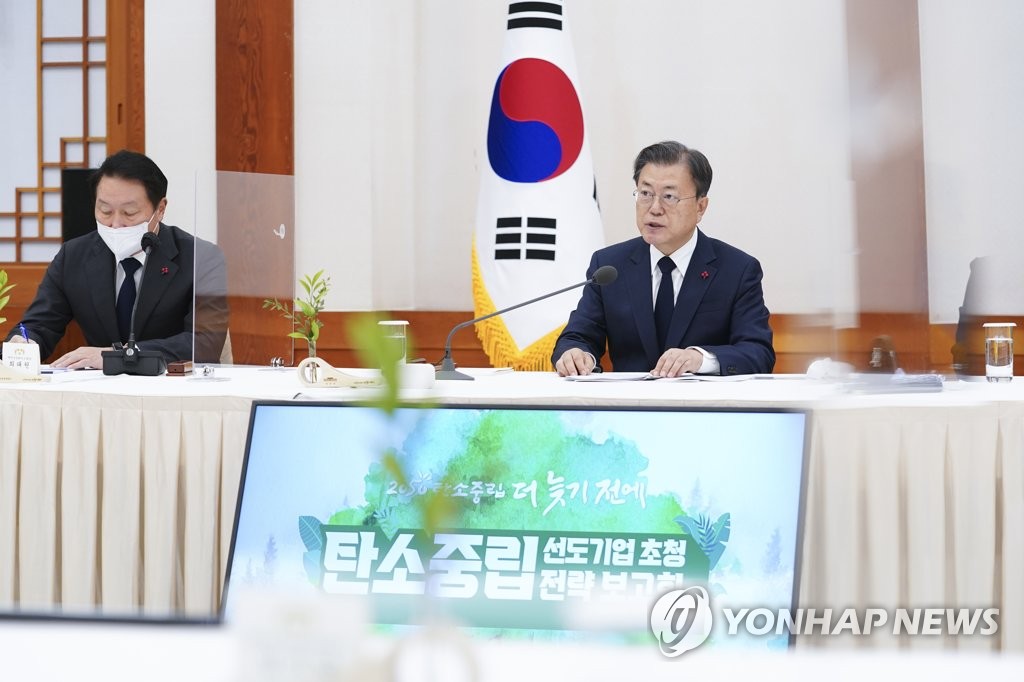 "The government will make bold investments on infrastructure for new energy solutions, such as hydrogen, renewable energy and electricity networks," Moon said.

At the same time, the government will spare no efforts to secure a stable supply of raw materials, Moon said.

South Korea has finalized a decision to reduce its greenhouse gas emissions by 40 percent from 2018 levels by 2030. The nation also confirmed its goal of achieving carbon neutrality by 2050, as the nation started tackling the challenge of simultaneously responding to climate change and attaining sustainable growth.

Moon has pledged South Korea will complete the phaseout of coal-fired power generation by 2050.

The industry ministry on Friday set forth detailed action plans to achieve the zero-emission goals and to better support private firms in accelerating their structural shift.

The government vowed to close 24 aging coal-powered plants by 2034 before their complete phaseout, and to make renewable energy account for more than 70 percent of the country's total energy consumption by 2050, according to the Ministry of Trade, Industry and Energy.

As of 2018, renewable energy took up 3.6 percent of the country's energy portfolio.

It also plans to produce clean hydrogen enough to cover 60 percent of the country's demand by 2050, the ministry said. As of 2020, South Korea had not produced clean hydrogen.

In an effort to support the private sector, the government will nearly double the budget for research and development on carbon neutrality to 408.2 billion won (US$345.83 million) in 2022 from this year's 213 billion won, and increase investment for various related projects.

The public and the private sectors are expected to invest a combined more than 94 trillion won by 2025, according to the ministry. 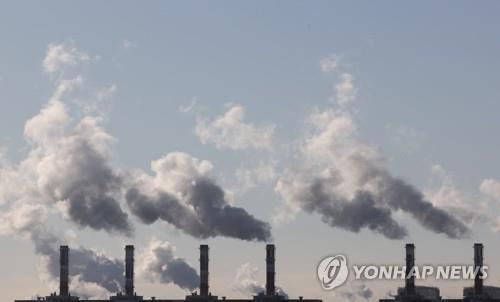