SEOUL, Dec. 12 (Yonhap) -- President Moon Jae-in left for Australia on Sunday for a four-day state visit that is expected to focus on deepening bilateral ties and securing a stable supply chain of raw materials and core minerals.

Moon is the first South Korean president to pay a state visit to Australia in 12 years. He is also the first foreign leader that the country has invited since the start of the COVID-19 pandemic, officials said.

In Canberra on Monday, Moon will hold a summit with Australia's Prime Minister Scott Morrison. Strengthening cooperation in the fields of carbon-neutral technology, the hydrogen economy, defense industry, space and cyberspace is expected to top the agenda.

After the summit, Moon will attend a state luncheon hosted by Australian Governor-General David Hurley.

Also on Monday, Moon will visit a monument for Australian veterans of the 1950-53 Korean War and pay his respects at the Australian National Korean War Memorial. Australia fought alongside South Korea during the war to help defend the South from North Korea's invasion. 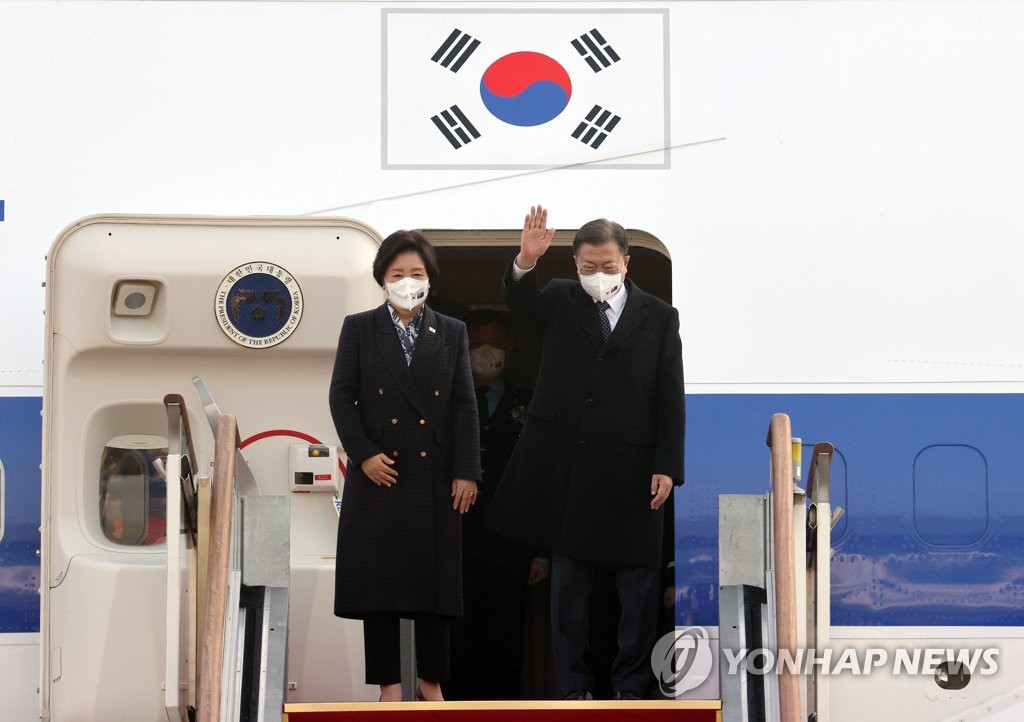 On Tuesday, Moon will visit Sydney, where he will meet with Anthony Albanese, leader of the opposition Australian Labor Party, and hold a meeting with Australian business leaders on a supply chain issue of key mining products, Park said.

It will be the first time in 12 years for a South Korean president to pay a state visit to Australia.

A senior presidential official said that Moon's visit to Australia is expected to help South Korea secure key mining products, such as rare earth and lithium, amid the pandemic-related disruption of global supply chains.

Australia also hopes that it will expand exports of key minerals to South Korea, the official said.

Moon will return home on Wednesday.