(ATTN: UPDATES throughout with details)
By Kang Yoon-seung

SEOUL, Dec. 13 (Yonhap) -- Australia has signed a contract to acquire 30 units of the K-9 Thunder self-propelled howitzer from South Korea, becoming the eighth country to operate the weapons system, its manufacturer said Monday.

The deal, known to be worth 930 billion won (US$788 million), came as the leaders of the two sides had summit talks in Canberra, according to Hanwha Defense, a Seoul-based defense firm.

It said the howitzers will be manufactured locally at a facility to be built in Geelong, southeastern Australia, with the construction expected to begin in the second quarter of 2022.

Hanwha plans to complete the supply of K-9 howitzers, which will be branded as the AS9 Huntsman in Australia, by 2027. It marks the largest-ever export contract for the artillery system in terms of value, a company official said.

Australia is the seventh partner to introduce the South Korea-made howitzer. South Korea has exported a total of around 600 units of the 155-millimeter K-9 artillery guns to Turkey, Poland, India, Norway, Finland and Estonia.

Just ahead of the signing ceremony held in the Australian capital on the occasion of President Moon Jae-in's visit there, South Korea's Defense Program Acquisition Administration (DAPA) and the CASG inked a memorandum of understanding to expand ties in the arms procurement sector.

"Through the MOU and the K-9 howitzer export deal, both countries also agreed to promote the collaboration of different weapon systems based on the interoperability of the howitzers," DAPA Chief Kang Eun-ho said in a statement.

South Korea, meanwhile, has been in talks with Egypt as well to export the howitzer there, raising the prospects for the artillery system's first entry into the Middle Eastern and African market as well, an informed source said. 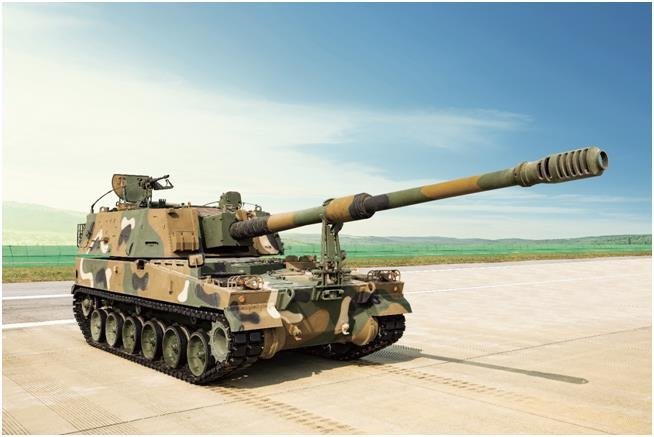