(ATTN: UPDATES with Moon's remarks in paras 9-11)
By Lee Haye-ah

CANBERRA/SEOUL, Dec. 13 (Yonhap) -- President Moon Jae-in said Monday that South Korea is not considering a diplomatic boycott of the Beijing Olympics and has not been asked by any nation to do so.

Moon addressed the issue for the first time after the United States announced last week that it will not send an official delegation to the Olympics in February over concerns about China's human rights abuses. 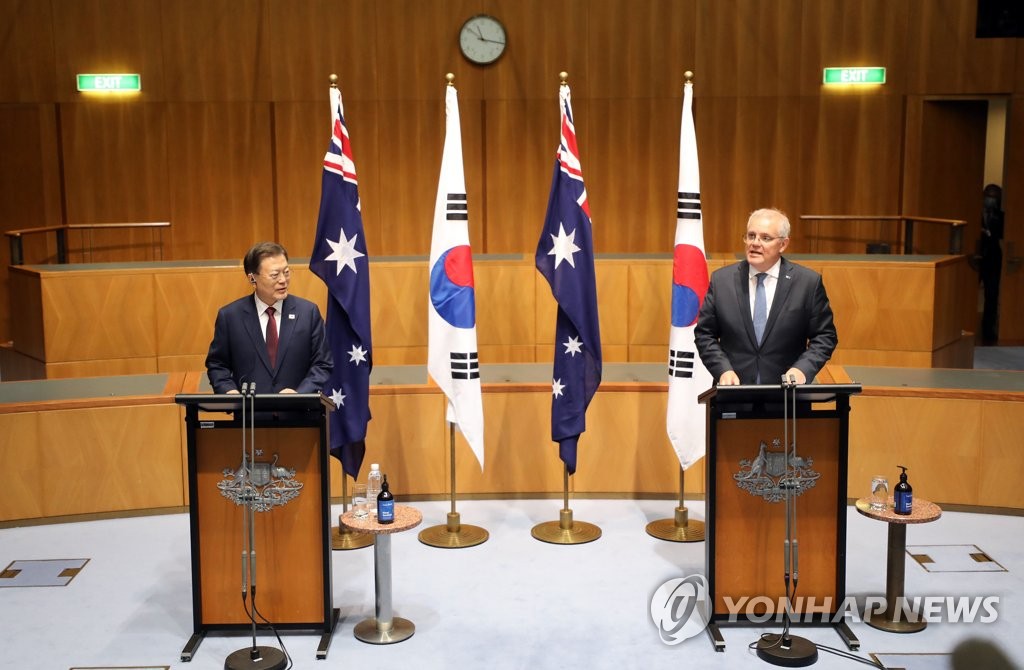 "The South Korean government is not considering (a boycott)," Moon said at a joint press conference with Australian Prime Minister Scott Morrison after bilateral summit talks in Canberra.

"Regarding a diplomatic boycott of the Beijing Winter Olympics, we have not been asked by the United States or any other nation to join (the boycott)," he said.

The boycott also throws cold water on Seoul's hopes to use the Olympics as a venue for inter-Korean reconciliation, as during the 2018 PyeongChang Olympics, and to possibly declare a formal end to the 1950-53 Korean War.

"The United States, China and North Korea have all expressed their agreement in theory, in principle," Moon said, referring to the end-of-war declaration, which he himself proposed. "However, because North Korea is demanding the fundamental withdrawal of the U.S.' hostile policy toward the North as a precondition, we have not been able to enter talks."

Moon said his government will work until the end to bring the parties to an agreement. During the war, the U.S. fought alongside South Korea to fend off an invasion by North Korea, which was backed by China. The conflict ended in an armistice, not a peace treaty.

"An end-of-war declaration is not the ultimate goal," Moon noted. "On top of signifying the end of the unstable armistice regime that has continued for nearly 70 years, it can serve as momentum to restart talks between the South, North and the U.S."

Moon's early diplomatic overtures to the North led to an unprecedented U.S.-North Korea summit in Singapore in June 2018, raising hopes for a breakthrough in efforts to dismantle the North's nuclear weapons program.

The talks stalled, however, after a second U.S.-North Korea summit in Hanoi in February 2019 ended without a deal.

During the press conference, Moon made clear his state visit to Australia has nothing to do with Seoul's position on Beijing, despite China's anger over the AUKUS security alliance involving Australia, Britain and the U.S.

"South Korea makes its alliance with the U.S. the foundation of its diplomacy and national security, but in economic terms, its relationship with China is also very important," he said.

"China's constructive efforts are required for peace and stability on the Korean Peninsula and for North Korea's denuclearization," he continued, adding South Korea is working to maintain both relationships. 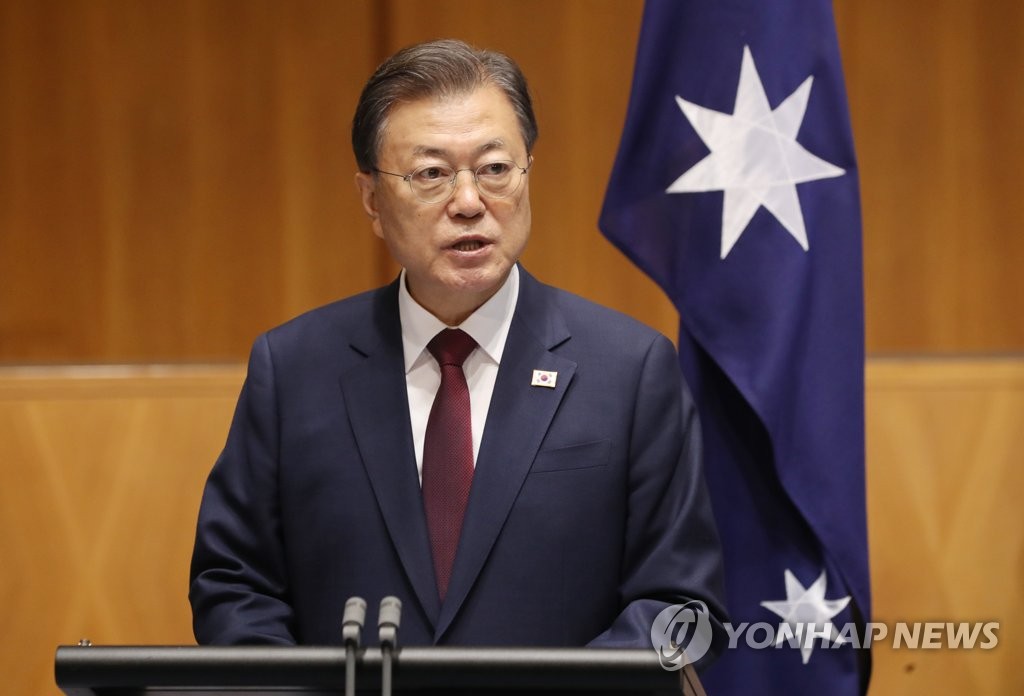