The poll, commissioned by radio broadcaster TBS, was conducted on 1,004 voters nationwide from Friday-Saturday, and has a 95 percent confidence level.

Ahn Cheol-soo, the presidential candidate of the minor opposition People's Party, had 2.8 percent support, followed by Sim Sang-jeung of the minor progressive Justice Party at 2.6 percent.

In a separate survey by Realmeter, Yoon was leading Lee 45.2 percent to 39.7 percent.

Sim came in third with 3.3 percent, followed by Ahn at 3.2 percent.

The survey canvassed 3,043 voters from Dec. 5-10, commissioned by internet news outlet OhmyNews. It has a margin of error of plus or minus 1.8 percentage points with a 95 percent confidence level.

Respondents who negatively assess the performance of President Moon Jae-in outnumbered those who view it positively 56.1 percent to 40.4 percent. 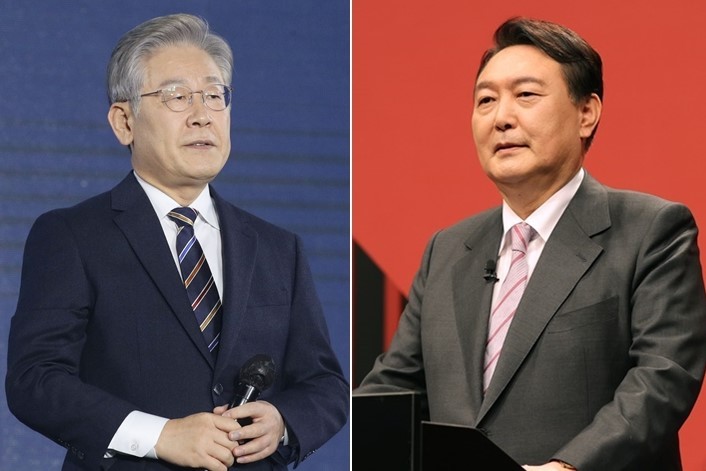