Park Jie-won, the head of the National Intelligence Service, said holding a meeting itself with North Koreans, let alone a dialogue with them, is difficult amid Pyongyang's strict border controls to stave off the coronavirus but the North cannot indefinitely keep its border closed.

"I believe that if the U.S. rather more audaciously proposes providing its vaccines, momentum could be created to bring North Korea back to talks," he said during a forum in Seoul.

North Korea has imposed a strict border lockdown since last year and claims to be coronavirus-free.

The COVAX Facility, a global vaccine distribution platform, has assigned around 6.7 million doses of coronavirus vaccines to the North, but Pyongyang remains unresponsive to the proposed vaccine assistance. 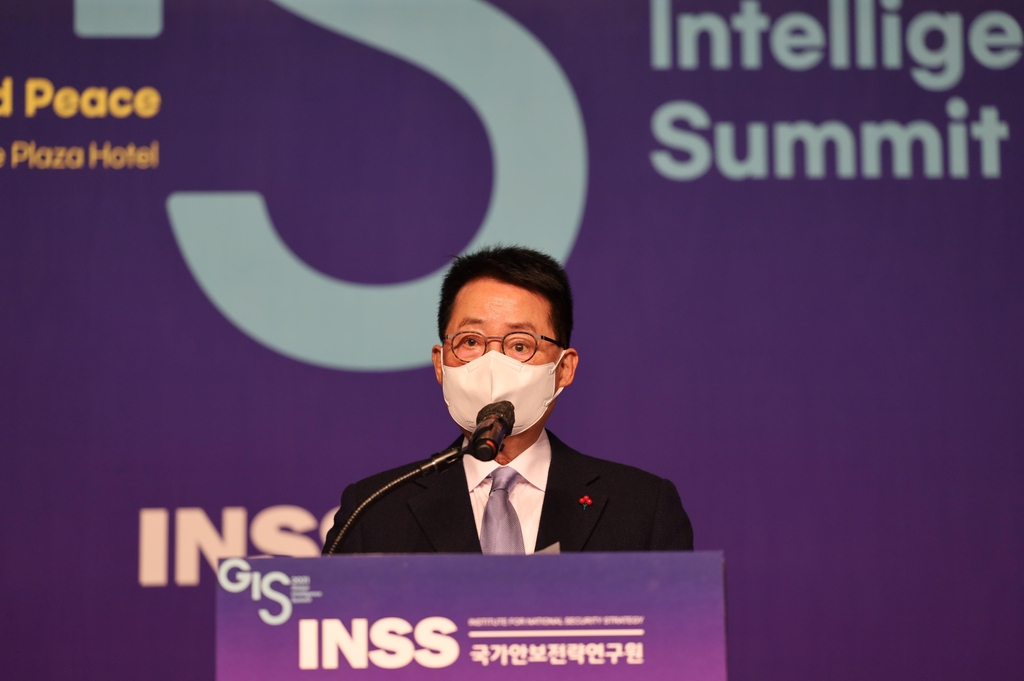 South Korea and the U.S. are coordinating humanitarian assistance to North Korea, but the reclusive country has also shunned the overtures for talks, demanding Washington first retract what it calls "double standards" and "hostile policy" against its regime.

Park said the North could be discontented about not getting any return for maintaining its self-imposed moratorium on nuclear and long-range missile tests for the past four years.

"The U.S. expressing interest in some way on lifting sanctions related to the livelihoods of (North Korean) people -- such as refined oil imports, coal and mineral exports and daily necessities imports -- could be a clue to resume talks for the peace on the Korean Peninsula," he said.

Park again urged Pyongyang to respond to calls for dialogue on issues of mutual interest, including Seoul's push to declare a formal end to the 1950-53 Korean War, and said the "hostile policy" and "double standards" could be among the agenda items.